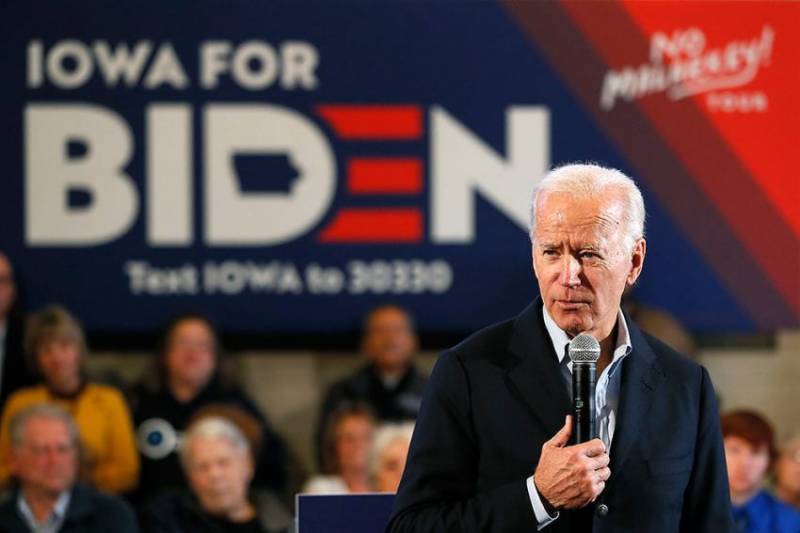 ISLAMABAD-Democratic presidential nominee and former vice president Joe Biden wants India to take necessary steps to restore rights of all Kashmiris, and has expressed disappointment over the Citizenship (Amendment) Act and the implementation of the NRC in Assam.

“These measures are inconsistent with the country’s long tradition of secularism and with sustaining a multi-ethnic and multi-religious democracy,” according to the policy paper -- ‘Joe Biden’s agenda for Muslim American community’ posted recently on his campaign website.

A group of Hindu Americans have reached out to the Biden campaign expressing their resentment to the language used against India and have urged them to reconsider their views. The group has also sought a similar policy paper on Hindu Americans.

The Biden campaign did not respond to questions in this regard.

Observing that Biden understands the pain Muslim-Americans feel towards what is happening in Muslim-majority countries and countries with significant Muslim populations, the policy paper clubbed together Kashmir and Assam in India with the forced detention of over a million Uyghur Muslims in western China, and discrimination and atrocities against Burma’s Rohingya Muslim minority.

“In Kashmir, the Indian government should take all necessary steps to restore rights of all the people of Kashmir. Restrictions on dissent, such as preventing peaceful protests or shutting or slowing down the Internet, weakens democracy,” said the policy paper on Muslim Americans.

“Joe Biden has been disappointed by the measures that the government of India has taken with the implementation and aftermath of the National Register of Citizens in Assam and the passage of the Citizenship Amendment Act into law,” it said.

Biden as United States Senator for decades and as vice president under President Barack Obama for eight years has been known as one of the best friends of India and Indian-Americans, it said.

He played a key role in the passage of the India-US civilian nuclear deal, and as vice president, he advocated increasing the bilateral trade to $500 billion per annum. Well connected with the Indian Americans, Biden regularly hosted Diwali at his vice-presidential residence, it said.

“There are groups within various elected officials groups in US pushing language and agenda's highlighting misinformation and damaging facts on how India handled its own internal matter on Kashmir, Ladakh or immigration reforms related to NRC,” rued Bhutoria, who is also on the National Finance Committee for Biden.

Bhutoria said US recently updated its immigration policy to block the H-1B and other visas for rest of the year to safeguard its own workers, which is completely questionable and will hurt the economy.

India too has a right to define its own Immigration policy to support its population and economy, he said.

“I grew up in Assam, Guwahati and I have seen the influx of people across the border and taking away important jobs, resources from local people in northeastern states,” he said.

“The immigration reforms and NRC are welcome steps. Execution of these reforms and strategies need to be improved and India needs to do better in change management and rolling out of reforms,” Bhutoria said.