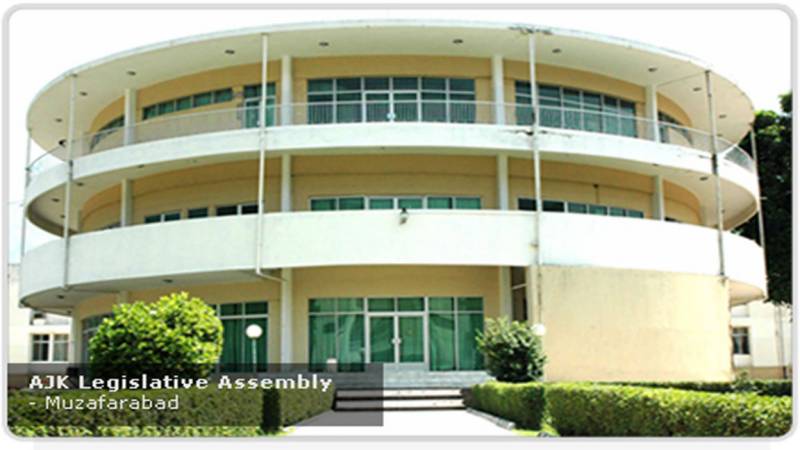 The Azad Jammu and Kashmir legislative Assembly continued general debate on fiscal year 2019-20 budget in Muzaffarabad on the fifth consecutive day today and started general discuss on revised estimates for the fiscal year 2018-19.

Taking part in the debate, Minister for Works, Ch. Muhammad Aziz said 820 km long roads constructed and the department achieved progress. He said Ratoa-haryam Bridge in Mirpur costing over 4 billion rupees is a federal government project and its design has been altered.

Taking part in the debate, minister for power Raja Nisar Ahmad Khan said this is our third and first budget after 13th amendment which is balanced one.

He said our revenue has enhanced by 3 billion showing much more from set revenue target.

He said we received 13 billion revenue against 12 billion target and the receipts would cross 14 billion by end of June.

The house also passed The AJK Finance Act 2019 with an amendment regarding asserts declaration.