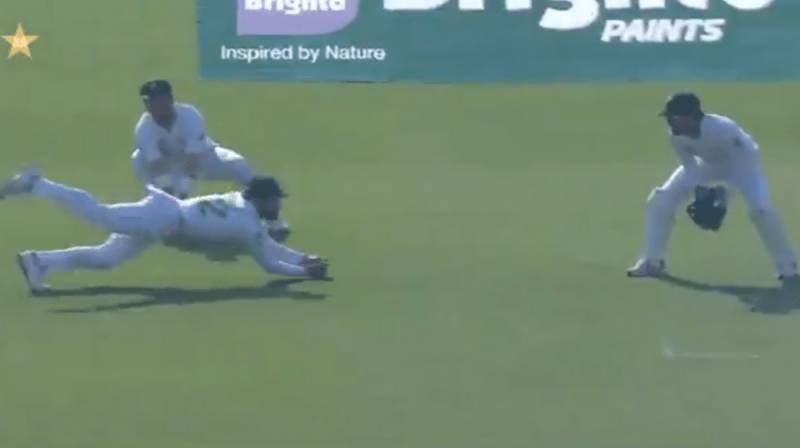 Pakistan’s latest addition to the Test squad, Imran Butt, has already made headlines just a few minutes into his debut. Butt took an astonishing catch of South African batsman, Aiden Markram, in the slips.

Butt has already made a statement early in his international career, but his real test will come with the bat. Imran will be tasked to open the innings for Pakistan and face a strong South African bowling line-up of Kagiso Rabada, Lungi Ngidi, and Anrich Nortje.

Butt finished as the top scorer in last year’s Quaid-e-Azam Trophy, scoring 934 runs at an average of 62.26 in 9 matches. He only played 3 matches in this year’s tournament before being called up to the national squad for the tour of New Zealand. He will be hoping to continue his good run and pile up some runs for the national team.