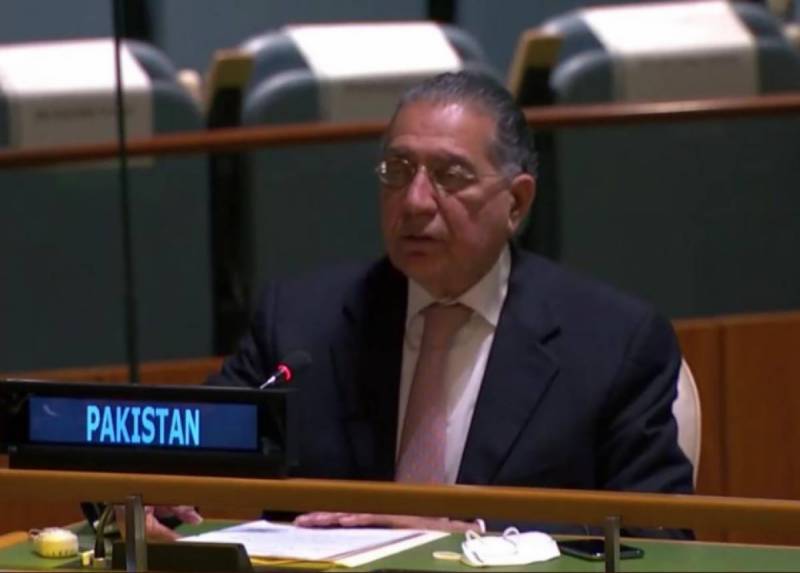 NEW YORK – Permanent Representative of Pakistan to the United Nations Ambassador Munir Akram has firmly opposed the addition of new permanent seats in the Security Council of the world body.

Addressing the first meeting of the Intergovernmental Negotiations Framework during the 75th session of the UN, Akram highlighted that the creation of new permanent seats will defeat the purpose of Security Council reforms and make it less representative.

At the 1st meeting of the IGN today, I reiterated Pakistan’s principled position for a comprehensive United Nations Security Council reform. We are prepared to breathe new life in the IGN process but some want to kill it.

Pakistan and the UfC believe that the creation of new permanent seats will defeat the purpose of SC reform. This will make the Council less representative, less effective, and more divided, and will diminish the right of the vast majority of the @UN membership to serve on the Council, the statement added.

Munir Akram reiterated Pakistan’s principled position for comprehensive reforms of the Security Council which meets the interests of all member states.

The proposal of the United for Consensus (UfC) group to have twenty-one non-permanent seats would redress the deficit of equitable representation in the Security Council. Adding that, it also accommodates the interests of all groups including the African, the Arab, the OIC, and Small Island Developing States.