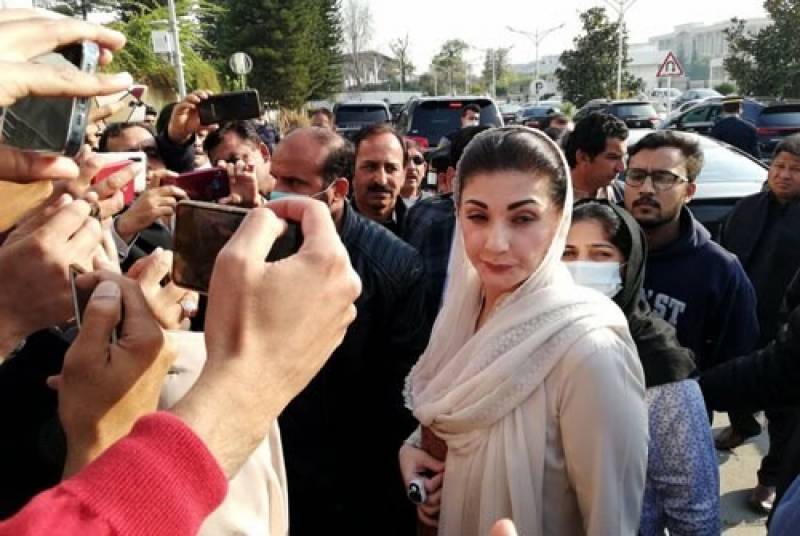 Pakistan Muslim League-N (PML-N) Vice-President Maryam Nawaz link insisted on Monday that opposition parties, under the banner of the Pakistan Democratic Movement (PDM), will use the option to resign from parliament “at the right time.”

“The condition of this country’s people is deplorable,” the PML-N vice president said, adding that the opposition has all options available. Maryam further said that the incumbent government came to beg from the opposition for cooperation, but did not get any response.

“Where have electricity and petrol prices reached?” she questioned as a means to criticise the current rate of inflation. The PML-N leader’s comments regarding the opposition’s ‘options’ come at a time when the opposition’s 11-party alliance appears to be unable to develop a consensus over a plan of action regarding taking it’s anti-government campaign forward. Meanwhile, PML-N has formally decided to participate in the Senate elections, days after announcing that it would not participate in the polls owing to the legitimacy of the 2018 general elections. The decision, which was taken and announced by the top leadership of the party earlier, on Monday was finally given a nod by the parliamentary party of the PML-N. Maryam claimed that the entire party stands with the narrative of its supremo Nawaz Sharif.

Talking to journalists following a parliamentary meeting of the PML-N in Islamabad, Maryam Nawaz said that Nawaz Sharif will not backtrack from his stance. Responding to a question, the PML-N leader said that they will oppose any move pertaining to amendment in NAB law.

Replying to another question about PPP’s backdoor diplomacy, Maryam Nawaz said that she will not talk about “assumptions”.