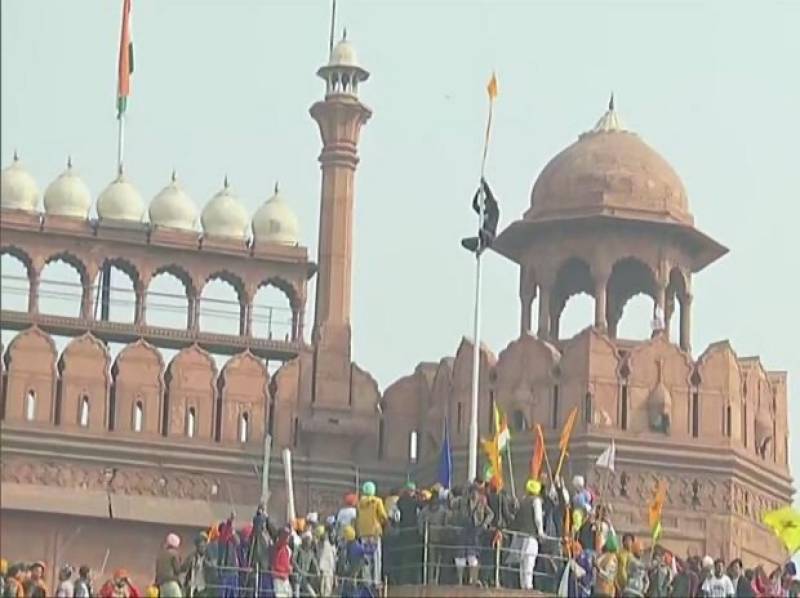 NEW DELHI – Thousands of Indian farmers marched into New Delhi, riding a tractor rally against the controversial farm laws on the eve of the Republic Day, promoting police to tear-gas and baton charge the protesters.

Indian media reports said that the mayhem occurred in the capital city after the protesters held the rally before the scheduled time as they were allowed to hold the “Kisaan Parade” between 12 and 5PM after the Republic Day parade.

Numbers of protesters were injured while some cops also received injures during the violent clashes. The protesters also entered the Red Fort in Delhi and hoisted a flag of Khalistan, a long-standing demand of the Indian Sikh community for a separate homeland.

Videos and images circulating on social media showed farmers removed barricades at the Singhu border near Haryana, the epicentre of protests that were launched in November against the disputed laws.

As more force was called, the majority of the protesters who entered the capital at Nangloi have been pushed back.

The internet and mobile service have been suspended in parts of Delhi as clashes continue to intensify between the security officials and protesters.

After clashes broke out during the tractor march, Congress leader Rahul Gandhi on Tuesday condemned the violence, adding that the farm laws should be withdrawn in the larger interest of the country.