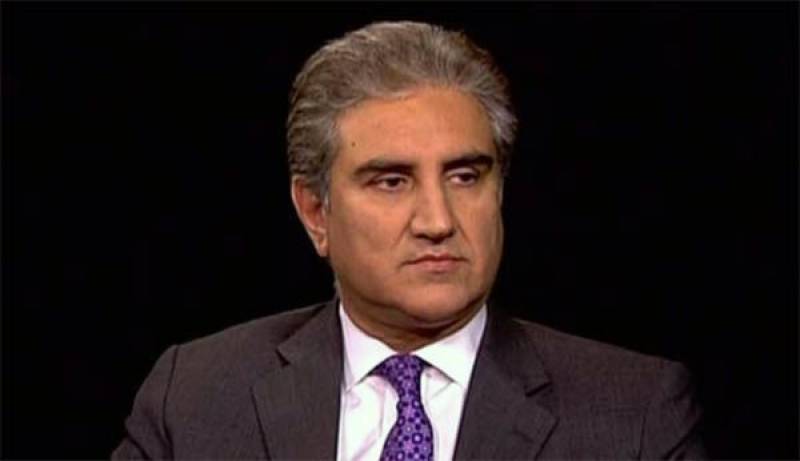 Foreign Minister Shah Mahmood Qureshi has said Pakistan will complete the Kartarpur Corridor in a serious manner and in the first phase 2.5 billion rupees will be spent on the project.

Talking to journalists in Umarkot, Qureshi said Pakistan desires good relations with all nations including India. He said the Pakistan's decision to open the Kartarpur Corridor is a message of peace to the whole world.

The Foreign Minister said the government has made a major decision of electronic visa facilities. He said citizens of 50 countries will get visa on arrival which will help boost trade and investment in Pakistan.

Qureshi defended the government's economic policies saying we did not succumb to IMF conditions.

Commenting on water scarcity in Umarkot and Tharparkar, Qureshi questioned why public problems were not addressed in the last ten years.

He said the economic reforms package announced by the government will help boost exports, trade and investment.

He said the government is introducing reforms in the police system.