Pakistan offers visas on arrival to visitors from 50 countries
26 Jan, 2019 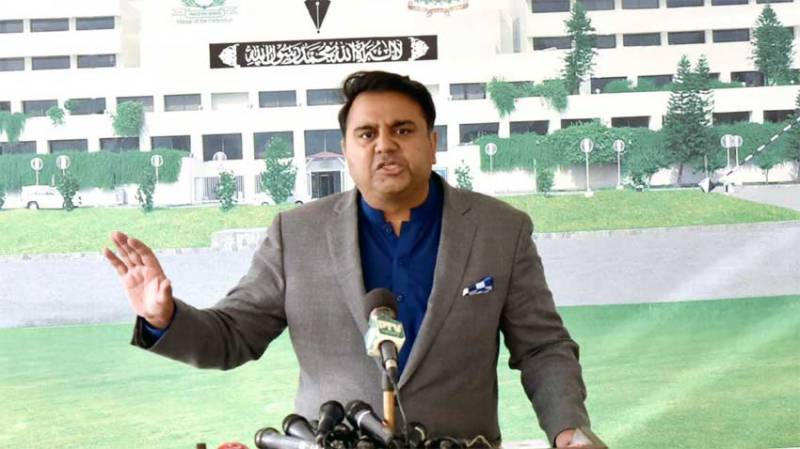 Minister for Information and Broadcasting Fawad Chaudhary has said the government is introducing a new revolutionary visa policy to encourage tourism in the country.

Talking to the media persons in Islamabad on Friday, he said the policy has been framed in consultations with all the departments concerned and stakeholders.

He said under this major visa initiative, one hundred and seventy five countries have been extended the facility of E-Visa whilst the citizens of fifty countries will be given visas on arrival.

The Information Minister said IATA approved tour operators now can bring tourist groups to the country under new policy which, he said, will usher in a new era of progress and prosperity in the country.

Unveiling further main points of the policy, the Information Minister said Indian origin American and British citizens will also be given visas on arrival. He said Business visa will now be provided to the citizens of ninety six countries from the previous practice of sixty eight countries. The Business visa will be stamped in eight to ten days.

Fawad Chaudhary said the period of diplomatic visa has been extended from one year to three years whilst that of students' visa to two years from one year.

Fawad Chaudhary said the journalist visas will now be processed through the Ministry of Information and Broadcasting and they will also be given long term visas without any curbs.

The Information Minister said the government is also contemplating to revive the major festivals across the country to provide entertainment and educational facilities to the masses and further build the soft image of the country.

Fawad Chaudhary said we want to make tourism the basis of development like Malaysia and Turkey which are earning billions of dollars from this sector. He said the economic reforms package announced by the government is aimed at boosting exports, reducing imports and enhancing industrialization to generate economic activities and jobs.

Later responding to the queries of media persons, the Information Minister urged the opposition to play its part to run the parliamentary proceedings in a smooth manner.

He regretted that the Opposition Leader Shahbaz Sharif is pointing fingers on Prime Minister Imran Khan in the National Assembly, vitiating the political environment.  He said we respect the parliament and all the elected representatives but the prime minister, being leader of the house, also deserves due respect.

The Minister said PML (N) leader Shahbaz Sharif who introduced the culture of extra judicial killings during his tenure as Chief Minister of Punjab, is baselessly criticizing the PTI government on the Sahiwal incident.

Turning towards Sindh province, Fawad Chaudhary said Prime Minister Imran Khan will soon pay a visit to the province to take stock of the latest situation and evolve a new policy accordingly to provide all possible relief to the people of Sindh.

The Minister rejected the recent statements of PPP leaders Asif Ali Zardari and Murad Ali Shah that the system and the state are in danger saying rather their own political careers are at stake as they have been caught red handed in mega money laundering and corruption cases.