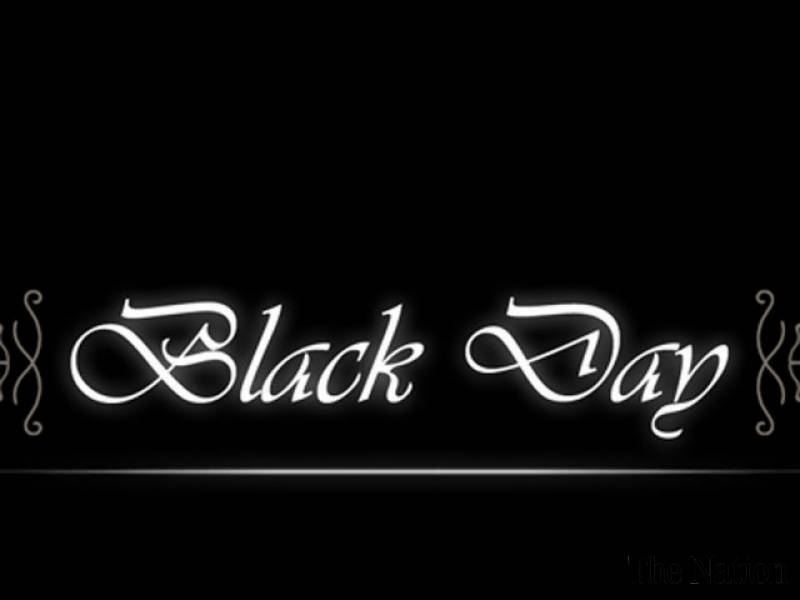 ISLAMABAD - Kashmir Council Europe (KCEU) held an anti-India demonstration on the occasion of India’s Republic Day on Saturday in front of Indian Embassy in Brussels, the capital of Belgium. According to Kashmir Media Service (KMS) , Kashmiris, who have been suffering from Indian atrocities for last seven decades, observe the Indian Republic Day falling on January 26th as Black Day every year. The peaceful demonstrators in Brussels, led by KCEU Chairman, Ali Raza Syed, demanded of New Delhi to give right to self-determination to the people of Jammu and Kashmir. The protesters also handed over a memorandum to the officials of the embassy which emphasized that India should end brutalities on the Kashmiris and fulfill its promise of giving right to self-determination to them. On the occasion, Ali Raza Syed said India’s claims itself as the largest democracy of the world but it refuses the democratic rights of the people of Kashmir as atrocities against the people were continuing unabated. He said peace in Kashmir was connected to the whole region. He said Kashmiris were not ready to compromise on their right to self determination. He said, “On the Indian republic day, we simply want to convey a message to Indian government that there is no point in glorifying the democracy if people are living in miseries under the might of the gun. Last three years, Indian forces are using pellet guns against the peaceful protesters which caused blindness of a large number of people.” The protesters said India is the so-called biggest democracy of the world because it is ruthlessly suppressing the democratic rights of Kashmiris and continuously killing the innocent Kashmiri people.