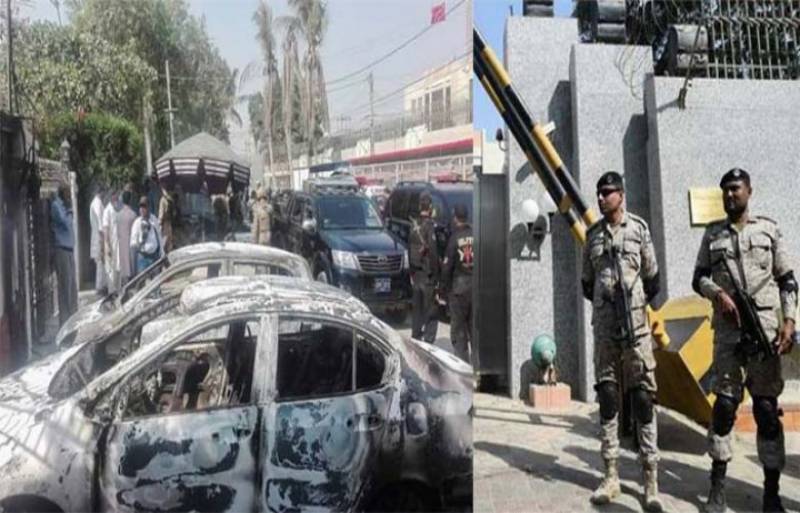 KARACHI - New developments have been reported in the Chinese Consulate terror attack in Karachi.

The Joint Investigation Team (JIT) on Saturday obtained information from two of the five arrested terrorists in an ongoing investigation into the attack on the Chinese Consulate in Karachi on November 24 in 2018.

Reportedly, JIT officials moved to the Central Jail in Karachi and inquired from two terrorists namely Abdul Lateef and Arif, and found that Rs15 lakh were used to plan and launch the attack on the consulate.

The JIT has compiled an initial report according to the information acquired from the investigation and found that the amount was sent to the terrorists at different times and through different bank accounts.

To obtain information of those bank accounts, officials have sought assistance from the Federal Investigation Agency (FIA).

However, the inquiry has found that the amount was transferred to an account holder with the name ‘Amanullah’, who was allegedly responsible for distributing the money which was used for the attack.

According to sources, the facilitator Amanullah died in Afghanistan.

One of the arrested terrorists Hashim aka Ahmad is the brother of the banned outfit Baluchistan Liberation Army’s (BLA) commander Sharif.