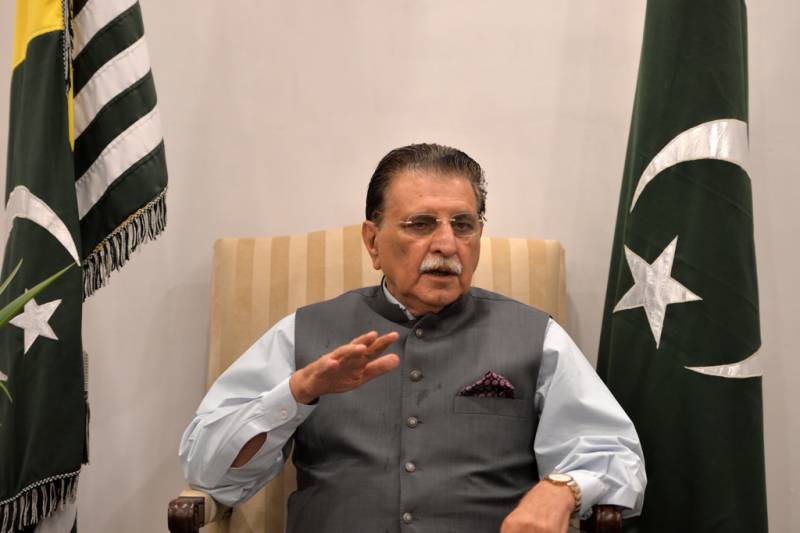 Talking to a representative delegation from the rains and snow hit Graze Valley who called on him on Friday, Haider said he would talk to chief of army staff and corps commander to reserve seats for civilian population to travel through helicopter in emergency.

The Premier directed the authorities concerned to make the buildings of girls high school and basic health unit functional at Grace and ensure that a local female is appointed at BHU there.

He also sought report from all departments about difficulties of union council Grace. At the demand of people of the area, the Prime Minister announced a higher secondary school for Grace.

Haider also sought the list of educated and technical hands of youth of UC Grace. Youth would be provided jobs at local level, he said.

He told the delegation that the mega project of construction of 92 km road from Athmuqam to Tao Butt has been incorporated in the current fiscal year’s budget.

Haider gave directions to concerned authorities for immediate tender process for the road and assured the delegation that he would himself monitor the project.

Giving assurance for standard work of the road he said, it would be kept open round the year so that passengers have better travelling facility.

“Neelum Valley is breathtakingly beautiful and undoubtedly is great attraction to tourists. I think youths of the areas should acquire technical education so they can find employment opportunities at local level” he said.

He said government was focusing on tourism sector and assured hotel management training for youth so that they could easily find work anywhere they are.

“We are helping youth to stand on their feet and for the purpose they are being granted loans for small businesses on easy instalments”, he maintained.

He said the government aimed at making the entire Neelum Valley from Athmuqam to Tao Butt a hub of tourists which would also create job opportunities for local people.

He urged the locals of Neelum to keep environment of the valley clean as natural atmosphere.

He informed that people are actively taking part in spring tree plantation drive and also taking step for protection of trees.