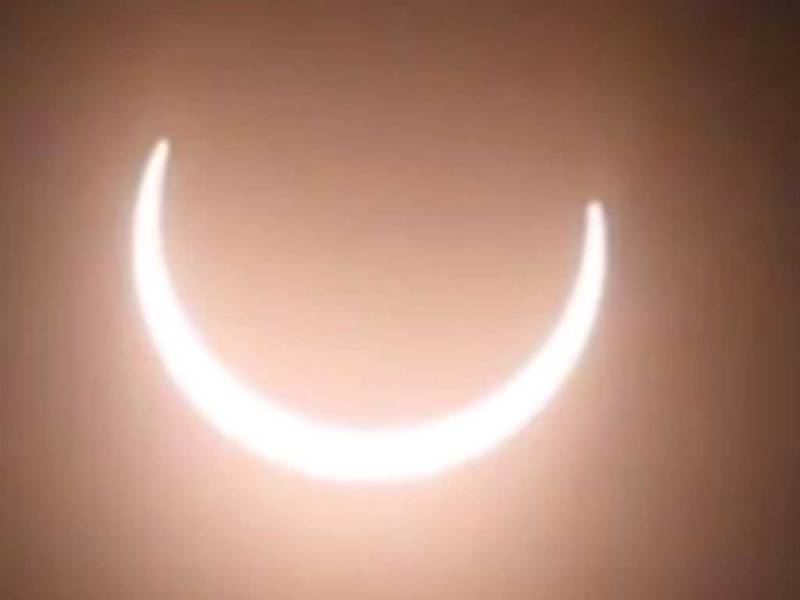 ISLAMABAD - The last big celestial event of the year, solar eclipse, descended upon parts of Pakistan on Thursday morning.

In an annular eclipse, the moon covers the centre of the Sun, giving the appearance of a bright ring. The eclipse which started at 7:30am (PST) is expected go on till 1:06pm. The eclipse, which was visible in Pakistan for the first time in 20 years, also viewed in other countries including Myanmar, Indonesia, the United Arab Emirates and parts of India, local media reported.

According to the Pakistan Meteorological Department, the celestial event would be visible in eastern Europe, northern and western Australia, eastern Africa, Pacific Ocean and Indian Ocean, and much of Asia, including Pakistan.

People have also been advised not to look at the sun directly during the eclipse because it may cause permanent eye damage or even blindness.