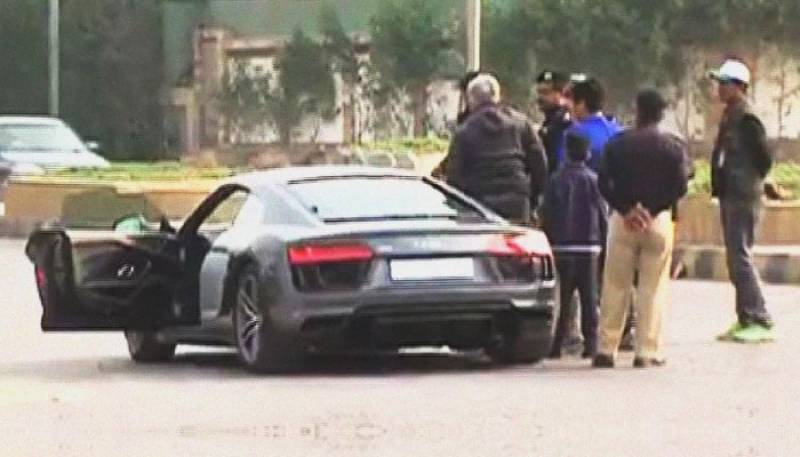 KARACHI: The Sindh Bar Council announced Monday night their decision to protest the case made against a lawyer — who was arrested for allegedly misbehaving with police officials near Sea View a few days ago but was subsequently bailed out — condemning it and calling a strike today (Tuesday), Geo News reported.

The move was announced by the Council's Secretary, who, in his statement, said the body has unanimously made the decision.

The Council has demanded the case against lawyer Shams-ul-Islam be retracted.

However, officials of the Council did not return the calls made by Geo.tv.

A video surfaced last week on social media, wherein Islam can be seen behaving rudely with the security officials in the city's Sea View area and then speeding away.

According to Senior Superintendent of Police (SSP) Javed Akbar, the law enforcement agencies (LEAs) were on their regular rounds on Dr. Abdul Sattar Edhi road for snap-checking to prevent speedsters and racing-related incidents in the area.

"His behaviour can be seen in the video, we all can tell whose behaviour was inappropriate," Akbar explained.

A case was registered against the offender, with charges listed against him comprising obstruction of justice and threatening police officers, the LEAs disclosed.

In addition, police said Islam was driving with a fake registration plate on his car — which can be identified as an Audi.

Islam — who allegedly drove off after misbehaving with the police — said he was not racing since "there was no competitor" and questioned the police officials' presence at the spot when "the whole of DHA was exposed".

"They arrested me, put handcuffs on me without a warrant," he said, claiming that he had filed a petition against Akbar's brother and the police officer had tried to exact revenge against him for doing so.