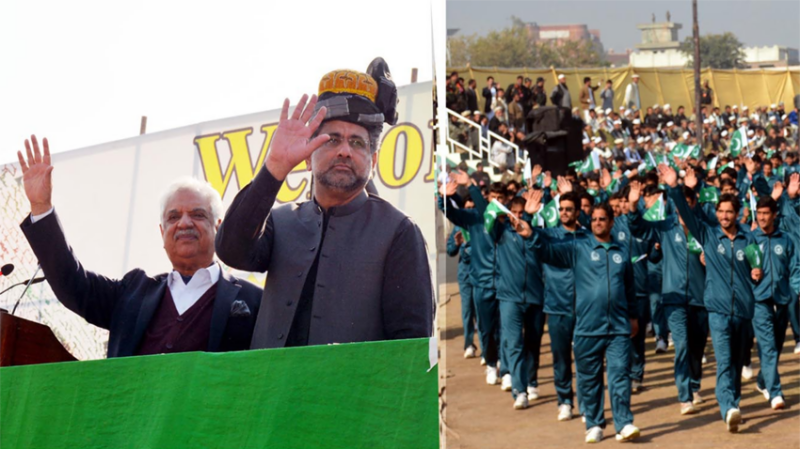 Prime Minister Shahid Khaqan Abbasi has said a century old Frontier Crimes Regulation is being abolished in tribal areas to bring it in the mainstream of national development.

Addressing the inaugural ceremony of Governor FATA Youth Sports Festival in Khyber Agency on Monday, he said the tribal people have always played a frontline role in securing and developing the country and the sacrifices of security forces as well as tribals in the war against terror will not go waste.

He said resources will be equally provided to the tribals to remove the sense of deprivation.

The Prime Minister said health, education and infrastructure is being developed in FATA to bring it at par with rest of the country.

Iqbal Zafar Jhagra in his welcome address, said peace has been restored in the country and FATA due to operation Radd-ul-Fasaad, Zarb-e-Azb and National Action Plan.

More than three thousand male and female players from all over FATA will participate in thirty different sports competitions.