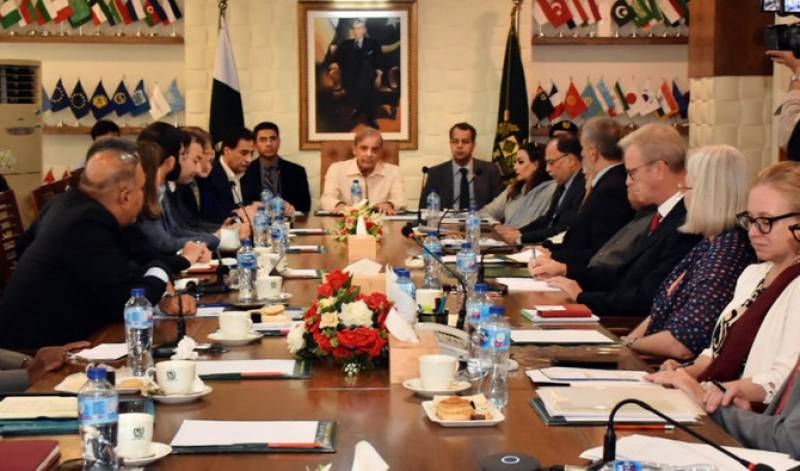 ISLAMABAD – Prime Minister Shehbaz Sharif on Friday briefed ambassadors, high commissioners and senior members of diplomatic corps to sensitize them about ‘scale of human tragedy’ as flooding claimed over 900 lives across Pakistan since mid-June.

The National Disaster Management Authority in its latest update said that 73 people were killed due to rain-related incidents in last 24 hours, taking death toll to 937. It said that 343 children and 198 women are among those killed since the beginning of the monsoon season in the South Asia country.

Pakistan’s southern Sindh and southwestern Balochistan provinces are the worst-affected regions where the international community has already launched relief efforts in cooperation with the local authorities.

“As part of efforts to mobilize all resources, I met Islamabad-based ambassadors, high commissioners & senior members of diplomatic corps today to sensitize them about scale of human tragedy. EAD & NDMA briefed the meeting about the current status of the challenge & response,” PM Shehbaz Sharif said on Twitter.

The prime minister said ongoing rain spell has caused devastation across the country and losses are comparable to flash floods of 2010.