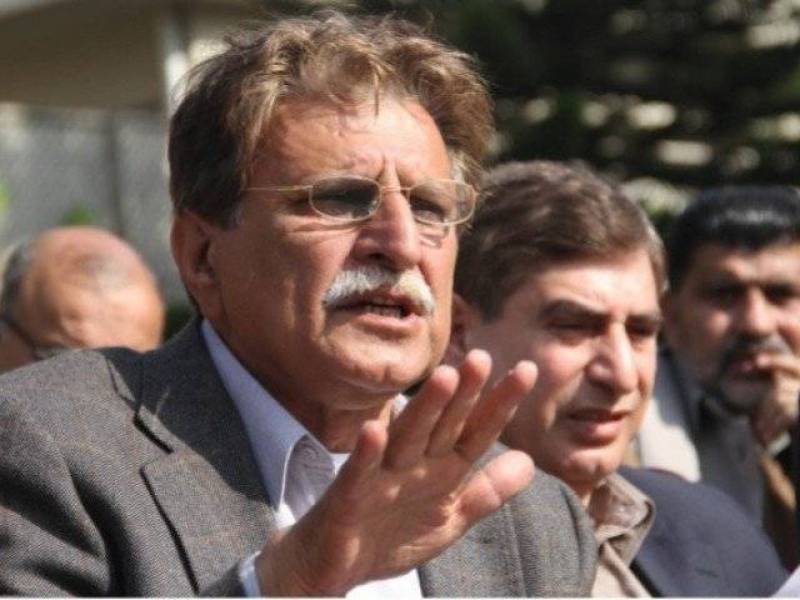 MIRPUR (AJK) (APP): Azad Jammu & Kashmir (AJK) Cabinet have condemned the massacre of innocent freedom loving people of Indian Occupied Kashmir (IOK) followed by the increased reign of state terrorism and violence at the hands of the Indian occupational forces.

The AJK cabinet which met with Prime Minister Raja Farooq Haider Khan in the chair late Thursday adopted a unanimous resolution of condemnation against Indian occupying forces' atrocities in the occupied Kashmir valley.

AJK Cabinet strongly condemned Indian Prime Minister Modi's statements on Balochistan was an evident that India was involved in fanning and orchestrating terrorism in Balochistan and others parts of Pakistan.

The Cabinet also assured to the people of Jammu & Kashmir that AJK government, people of Azad Jammu & Kashmir and the entire nation of Pakistan are with them in their just and legitimate struggle for the right to self determination.

Resolution has sought solution of the Kashmir issue according to the UN resolutions over Jammu and Kasmir. Resolution demanded withdrawal of Indian forces from IOK to end the brutality of the forces over innocent kashmiris.

AJK cabinet approved a condemnation resolution against the blast in Quetta's Civil Hospital in which more than 70 civilians including lawyers were killed and dozens were injured.

AJK Cabinet also approved a resolution against Muttahida Qaumi Movement (MQM) chief for his anti Pakistan slogans. It was demanded through the resolution that a treason case be filed against the Muttahida chief and that the statements he made against the country be declared as a national crime.

The Cabinet greeted President Masood Khan for taking oath as President of Azad Jammu and Kashmir and hoped he would leave no stone unturned to come up to expectations of the people of AJK in discharging his responsibilities.