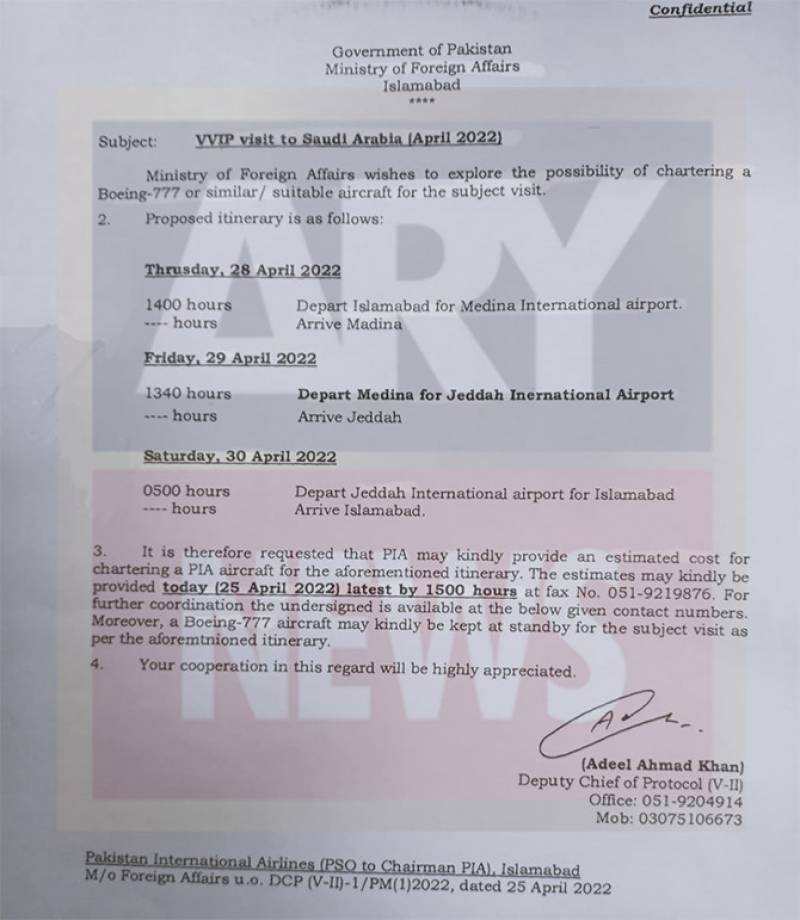 In a letter sent to the PIA, foreign ministry asked the PIA management to put a Boeing 777 aircraft on standby for VVIP’s upcoming visit to Saudi Arabia.

The plane will take off from Jeddah to Islamabad on April 30 at 5:00 am early morning.

The foreign ministry has also sought a reply from the national airline regarding the availability of the chartered plane.

Earlier in the day, ARY News reported that a Boeing 777 had been demanded from Pakistan International Airlines (PIA) for the upcoming Saudi Arabia visit of PM Shehbaz Sharif.

After the airing of ARY News report, the PM House staffers contacted PIA officials. Sources told ARY News that 80 seats have been booked for the premier’s visit instead of the whole plane, whereas, the payment of the tickets will be made by the foreign ministry.