Pakistan withstands against US measures, will not compromise on national interests: NSA
26 Apr, 2018 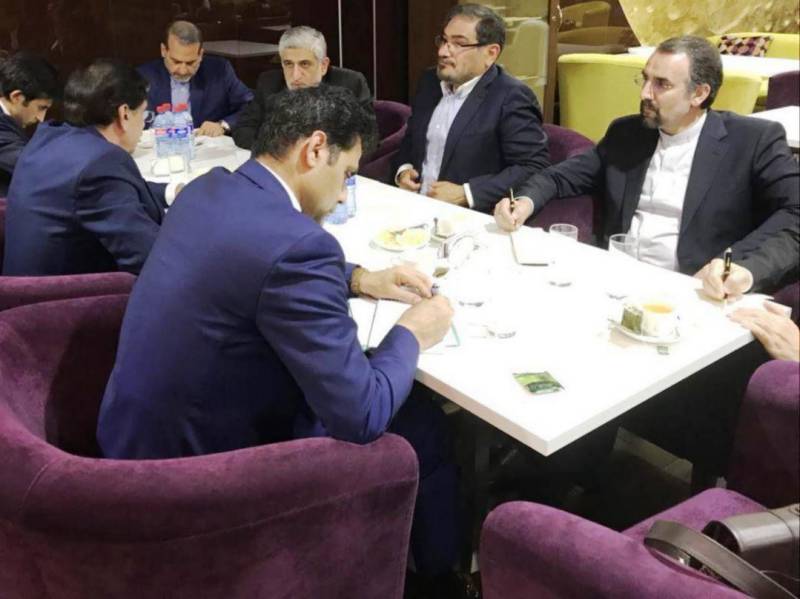 The Pakistani official said in a meeting with Iran's Secretary of the Supreme National Security Council Ali Shamkhani in Sochi on Thursday.

Shamkhani is in Sochi for a two-day security conference with participation of representatives from 110 countries, IRNA has reported.

In the meeting, Nasir Khan Janjuai said close security cooperation between Iran and Pakistan on play significant role in removing barriers preventing expansion of all-out relations between the two countries.

Without eradication of grounds forming extremism, it is not possible to eradicate Takfiri terrorism, he said.

Pakistani government and people are determined to stand against foreign pressures and never let their political independence and interests to be harmed by ill-wishers, he said.

He also strongly condemned the US measure in recognizing the holy Qods as the capital of the Zionist regime.

At the 9th Security Conference of senior officials from five world continents, which kicked off on Wednesday its 2-day meeting in the city of Sochi, Russia, heads of Intelligence organizations, secretaries of national security councils, ministers and aides of presidents and representatives from 110 countries participated.

In the first day of the conference, discussions were around issues dubbed as; 'international crises from confrontation to dialogue' and 'evolution of tactics and strategies of international terrorist organizations'.

On the second day of conference two issues of 'international information security; world responses to global challenges' and 'production and spread of narcotics, threats to peace and international stability' were on the agenda.