Macron suggests Syria should be involved in proposed negotiation of new deal on Iran
26 Apr, 2018 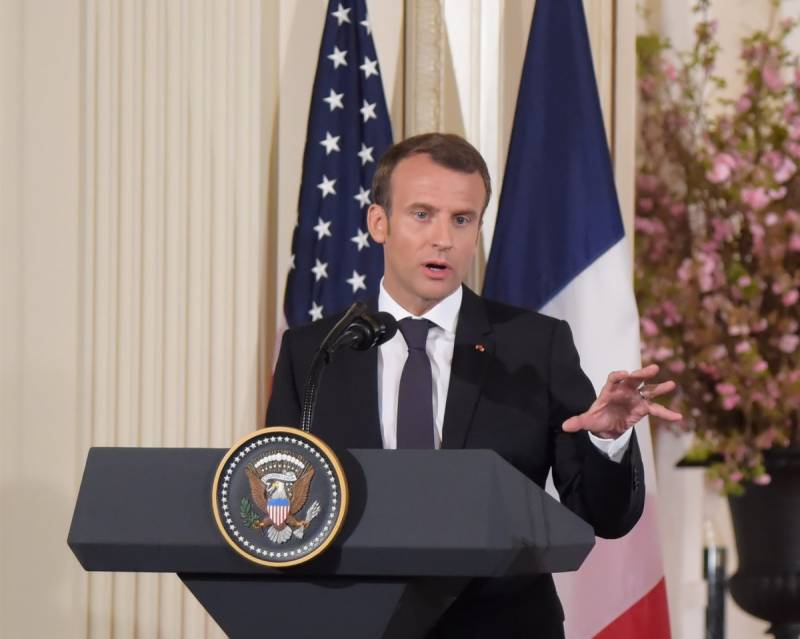 WASHINGTON: French President Emmanuel Macron said that Syria should be included in negotiating his proposed new deal on Iran during his three-day state visit to the United States.

Macron proposed to forge a new deal with Iran to restrict the country's nuclear activities, as US President Donald Trump has considered pulling the United States out of the current Iran nuclear deal, officially known as the Joint Comprehensive Plan of Action (JCPOA) signed in 2015.

The French president said Syria should be part of the fourth concerning party, referring to the new deal, alongside the European nations, Russia and Turkey to be brought to the negotiating table.

"What we have to work on, obviously, with Iran and the different parties in the region, the P5 (the five permanent members of the UN Security Council) and our allies, is to find a fair deal where we can fix the overall situation," he said at a joint news conference with Trump.

Macron also argued that within the new framework, countries can find a solution to the Syrian situation in the long run.

"In the long run, we need to ... make sure that Syria does not fall into hegemony in the region," he said. "The approach ... means that we can work ...to contain Iran in the region."

"The Syrian situation should be part of this broader picture," he said. "We will have to find a way to fix the situation from a political point of view, not automatically from a military point of view."

He also vowed to increase the French contribution in the war against the Islamic State (IS) in Syria.

"The very first goal of this intervention and the international coalition on the ground is to finish this work with ISIS," he said. "Beyond this military presence, and beyond our troops on the ground, we will have to build ... a new inclusive framework."

Trump seemed to agree with Macron on this aspect. "When they made the Iran deal, what they should have done is included Syria," he noted.

"When I say 'should have' -- before giving them, Iran, $150 billion ... they should have made a deal that covered Yemen, that covered Syria, that covered other parts of the Middle East where Iran is involved," he said. APP/AFP