Iran warns Trump it might withdraw from Non-Proliferation Treaty
26 Apr, 2018 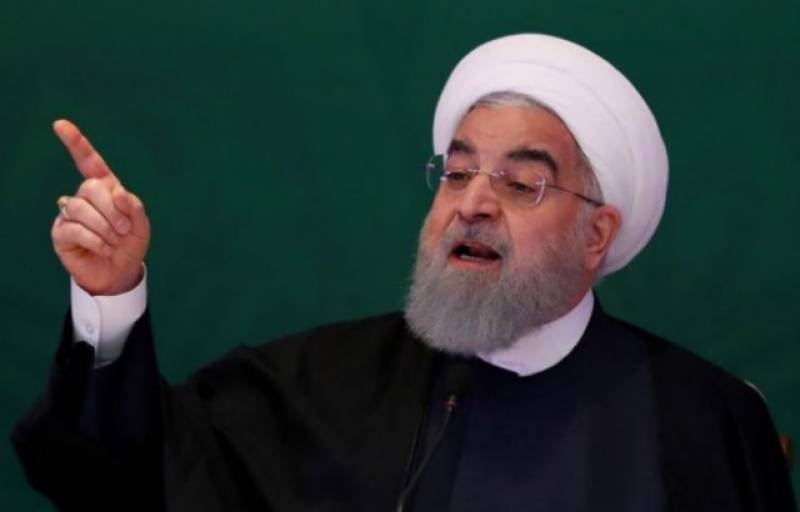 LONDON: A senior Iranian official said on Tuesday that Tehran might quit a treaty designed to stop the spread of nuclear weapons if U.S. President Donald Trump scraps the nuclear accord Iran signed with world powers in 2015.

Trump has said that unless European allies fix what he has called “terrible flaws” in the accord by May 12, he will restore U.S. economic sanctions on Iran, which would be a severe blow to the pact.

The other powers that signed it  – Russia, China, Germany, Britain and France – have all said they want to preserve the agreement that curbed Iran’s nuclear programme in return for the lifting of most international sanctions.

In a news conference broadcast on state television, the secretary of Iran’s Supreme National Security Council, Ali Shamkhani, said the Atomic Energy Organization of Iran was ready for some “surprising actions” if the nuclear deal was scrapped.

Answering a question about the possibility of Tehran withdrawing from the Nuclear Non-Proliferation Treaty (NPT), Shamkhani said: “This is one of three options that we are considering.”

The objective of the NPT, which took effect in 1970, is to halt the spread of nuclear weapons-making capability, guarantee the right of all members to develop nuclear energy for peaceful ends.

The original five nuclear weapons powers – the United States, Russia, Chian, Britain and France – would also phase out their arsenals.

Iran has been a non-nuclear-weapon state party to the NPT since 1970. Iranian President Hassan Rouhani also warned Trump on Tuesday to stay in the nuclear deal or face “severe consequences”.

“I am telling those in the White House that if they do not live up to their commitments…the Iranian government will firmly react,” Rouhani said in a speech. “If anyone betrays the deal, they should know that they would face severe consequences,” he told a cheering crowd of thousands gathered in Tabriz.

“Iran is prepared for all possible situations,” he added.

Iran has said it will ramp up its nuclear programme if the deal collapses. French President Emmanuel Macron is in Washington, trying to convince Trump not to tear up the accord.

In a U.N. non-proliferation conference in Geneva, Russia and China submitted a draft statement expressing “unwavering support” for the Iran nuclear accord and said they hoped it would receive broad backing.

The Russian Foreign Ministry’s Director General for Non-Proliferation and Arms Control, Vladimir Yermakov, told the meeting that the deal, known as the JCPOA, was fragile and any attempt to amend it would affect the global non-proliferation regime. -Reuters/AFP