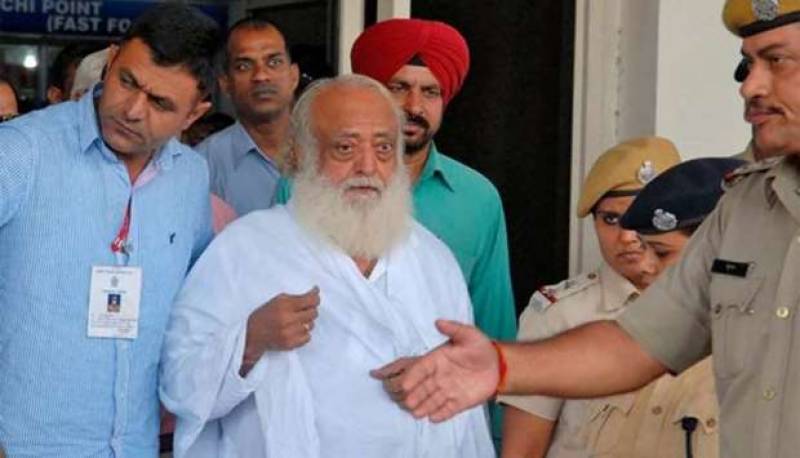 Jodhpur: An Indian guru with millions of followers was sentenced to life in prison Wednesday for raping a teenage devotee on the pretext of ridding her of evil spirits, his lawyer said.

Asaram Bapu, one of India's most charismatic and controversial "godmen", was given the maximum sentence at a closed jailhouse hearing in Rajasthan state, where hundreds of police were on high alert for any backlash from his disciples.

"Asaram has been sentenced for life until death," Rajendra Singh, a defence lawyer, told AFP outside the court in the western city of Jodhpur.

The white-bearded guru, 77, has always denied raping the then 16-year-old in 2013 during a spiritual retreat at his ashram in Jodhpur. His lawyer said they would appeal the sentence.

Asaram is just the latest high-profile guru jailed for sex crimes, and his conviction comes as India reverberates with anger over a series of child rapes in recent weeks.

Two of the four other co-accused, including a woman, were also found guilty and sentenced to 20 years. Two others accused in the case were acquitted.

The hearing was closed to media and the prison surrounded by tight security, with thousands of police deployed across parts of India amid fears his devotees could riot.

The influential guru, who has been in custody since 2013, had called the trial a political conspiracy and refused to cooperate with a police investigation.

A perceived reluctance to bring the charismatic leader to account sparked public outrage.

He still commands a devoted following even though his star power is fading following the rape charges and other controversies.

Asaram's followers have been accused of using violence against those who have spoken out against the guru.

Two close aides who turned key witnesses against him were murdered in 2014 and 2015.

Asaram is also accused of raping another devotee and suspected of involvement in the killing of two other people. His son is also on trial for rape.

But this conviction was the first for the Hindu televangelist and yoga guru, who once attracted seas of fans to hear his sermons. APP/ AFP