In a first, Pakistan Russia and Iran to hold joint security conference
26 Apr, 2018 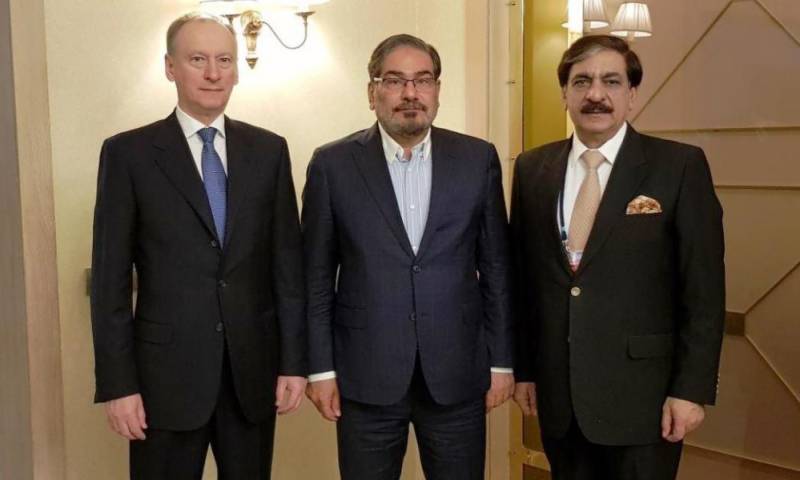 SOCHI – Secretaries of Supreme National Security Council of Iran, Russia and Pakistan reached agreement on Thursday to hold joint security conference with participation of other countries of the region and determined its mechanism.

Vice-Admiral Ali Shamkhani from Iran, Nikolai Patrushev from Russia and Pakistan's National Security Advisor Nasir Khan Janjua in their meeting expressed concern over destabilizing moves of the US in the region and underlined necessity for all-out cooperation of effective Asian states to confront such process.

The three top security officials agreed to continue their consultations and hold talks with other countries of the region and invite them to attend multilateral security meeting.

At the 9th Security Conference of senior officials from five world continents , which kicked off on Wednesday its 2-day meeting in the city of Sochi, Russia, heads of Intelligence organizations, secretaries of national security councils, ministers and aides of presidents and representatives from 110 countries participated.

In the first day of the conference, discussions were around issues dubbed as; 'international crises from confrontation to dialogue' and 'evolution of tactics and strategies of international terrorist organizations'.

On the second day of conference two issues of 'international information security; world responses to global challenges' and 'production and spread of narcotics, threats to peace and international stability' were on the agenda.