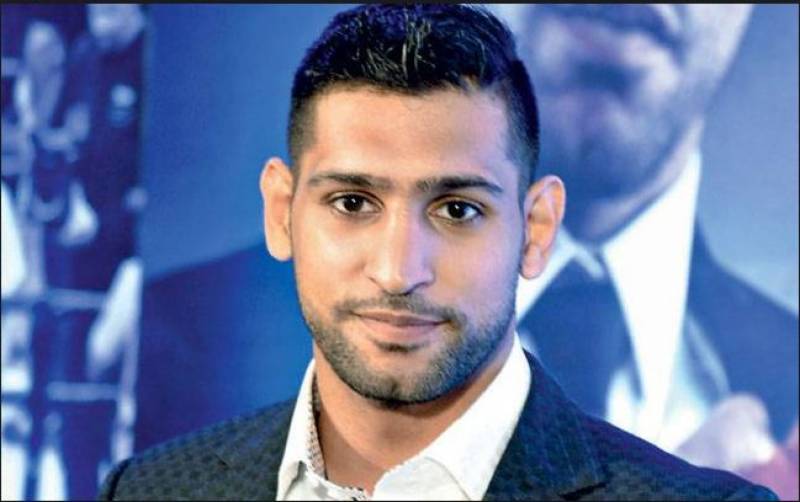 ISLAMABAD: British-Pakistani boxer Amir Khan announced the birth of his second daughter Alayna Khan by sharing the first photo of the baby on Instagram.

“Welcome to the world. With mine & @faryalmakhdoom new born, Weighing 8lbs 3oz ALAYNA KHAN,” read the caption on his Instagram post.

Amir Khan and his wife Faryal Makhdoom have been together for six years. The two tied the knot in 2013 but their relationship was rocked by Faryal’s public spat with her in-laws.

Amir and Faryal split last year in August after the boxer tweeted: “So me and the wife Faryal have agreed to split. I’m currently in Dubai. Wish her all the best.”

However, they both reunited in November when Faryal was four months pregnant.

Amir Khan returned to the ring after almost two years to knock out his opponent Phil Lo Greco in 40 seconds. APP/AFP