THAAD missile system to be operational soon in S Korea: US admiral
26 Apr, 2017 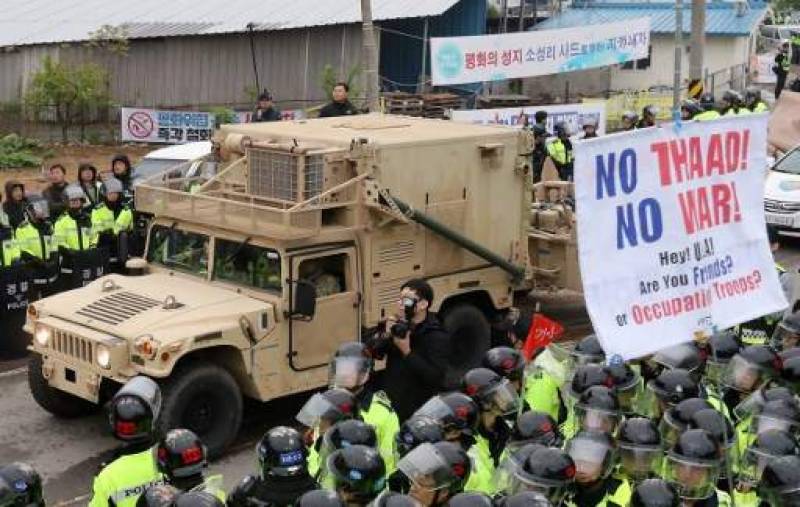 WASHINGTON: A missile defense system that the United States has begun installing in South Korea will be operational in the coming days, a top American admiral said Wednesday.

US troops began delivering the Terminal High Altitude Area Defence (THAAD) system for installation on a former golf course in the southern county of Seongju on Wednesday morning.

THAAD "will be operational in the coming days and able to better defend South Korea against the growing North Korean threat," Admiral Harry Harris, who heads Pacific Command, told lawmakers.

Harris also said the US military is weighing whether it needs to install new missile interceptors on Hawaii, which could be one of the first parts of the United States to be in range of a North Korean missile.

"I have suggested we put interceptors in Hawaii," he told the House Armed Services Committee.

Seoul's defence ministry said earlier Wednesday that the military hoped to secure "operational capability of the THAAD as soon as possible," with a goal of fully installing the batteries by the end of this year.

Washington and Seoul agreed to the THAAD deployment in July in the wake of a string of North Korean missile tests.

The THAAD deployment has infuriated China, which fears it will weaken its own ballistic capabilities and says it upsets the regional security balance. (APP)