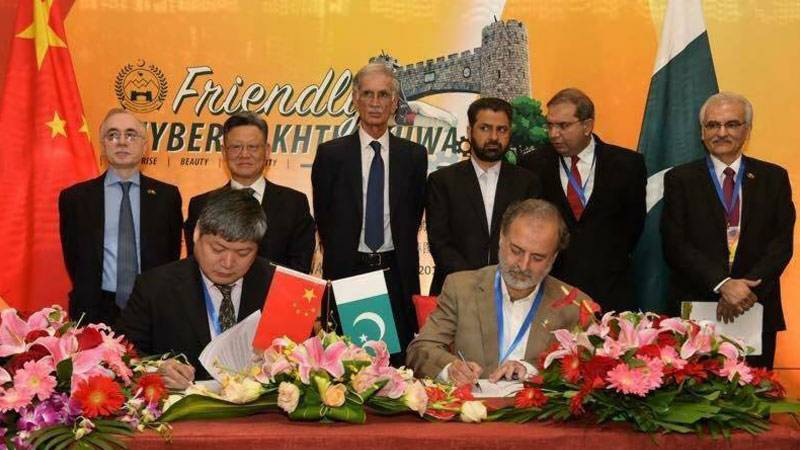 PESHAWAR: The Directorate of Culture, Khyber Pakhtunkhwa and Government of China have signed MoU regarding co-operation in field of cultural industry and entrepreneurship.

Director Culture Ajmal Khan inked the agreement with the official of Chinese government which was witnessed by Chief Minister KP Pervez Khattak and Secretary Culture, Sports and Youth Affairs Tariq.

He said China Pakistan Economic Corridor (CPEC) cultural communication center would also provide training opportunities to staff of Directorate of culture and would fund the activities.

Under the agreement cultural show of KP under cultural exchange and art exhibition in important cities of China would be held. The directorate would provide paintings and arrange for artists to perform in the show.

Both the parties would establish an effective communication mechanism bilaterally while the directorate would assist China to establish CPEC Culture Communication Center Peshawar.

The parties agreed that there would be no financial liability on the directorate rather it would be a business venture.

He said the Chinese government would provide scholarship for 20 students to be identified by the directorate in field of fine arts and Chinese language.

The Chinese government would provide exposure visits for cultural journalist so as to develop understanding of Chinese culture.

The Director Culture said it would be a great opportunity for the people of Khyber Pakhtunkhwa to promote and develop their culture. (APP)