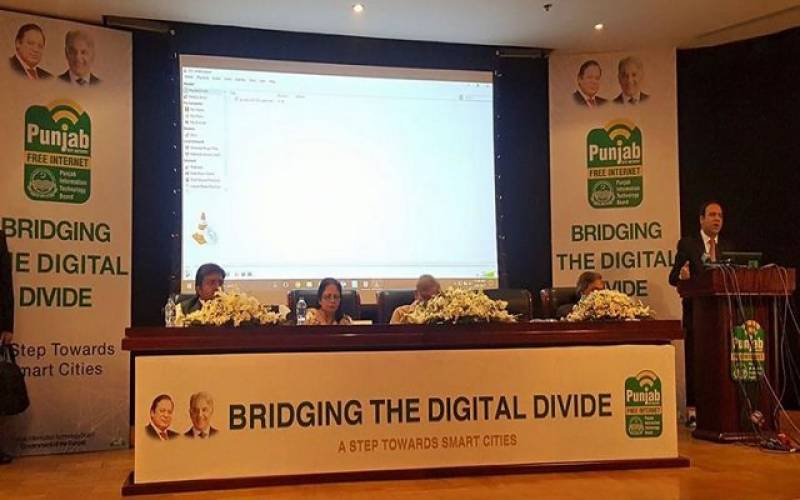 LAHORE: Punjab Chief Minister Shehbaz Sharif on Wednesday said the free Wifi service had helped save life of a patient in General Hospital.

Addressing the inaugural ceremony of Free Wifi Hotspot service at Irfa Kareen Park, he said the husband of a patient used the free wifi service to launch an appeal for blood for his wife and the quick service helped him to arrange blood and save the life of his wife.

He said the program would make contacts easy and it would benefit citizens.

At the end of his speech, the chief minister read aloud a couplet:

He said the chief minister has taken excellent and exemplary steps for using IT in government departments. He said during dengue season meetings used to start at 6 in the morning and they continued for 62 days without any break and due to untiring efforts of CM Shehbaz Sharif dengue has been eliminated while it still exists in Singapore.

He said the husband of the patient in the General Hospital did not have phone balance and he used free internet facility provided by the Punjab government and made a call through whatsapp and arranged blood for her.

The husband of the patient specially thanked Project Manager Sajjad Ghani and said this hotspot has saved the life of his wife. (APP)