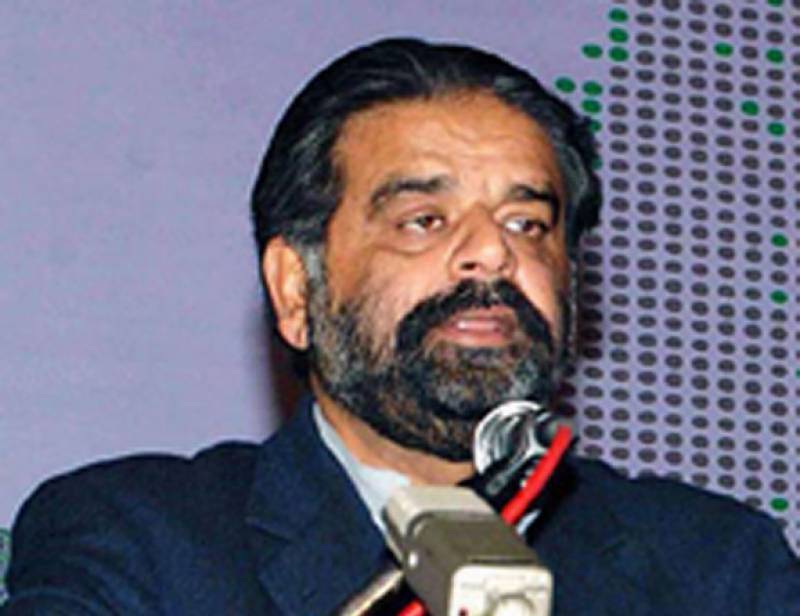 ISLAMABAD: Minister for National Food Security and Research Sikandar Hayat Khan Bosan on Wednesday called for establishing Islamic biotechnology center in order to develop the agriculture and related sectors for the socio-economic prosperity of Muslim countries.

Addressing the 3rd "International Conference on Agriculture, Food Security and Biotechnology", he said that government believes that practical collaboration among the Muslim countries in the cutting edge areas of modern biotechnology was the need of time.

The event was organized by Pakistan Agricultural Research Council (PARC) in collaboration with COMSATS, Islamic Educational, Scientific and Cultural Organization (ISESCO) and CIMMYT.

The aim of the conference was to share the international best practices of using the biotechnology for the development of agriculture sector and food security.

The minister termed the exchange of eminent scientist for short term and graduating students among Islamic countries as another good form of cooperation.

He called upon the scientists for encouraging and promoting smart agricultural practices to build the resilience in agri-sector.

Pakistan was working on the development of infrastructure for using modern and innovative technologies including the biotechnology for uplift of agriculture, health and industrial sectors of the country, he added.

"Pakistan has improved its crop yield and productivity over the years and it was producing surplus of wheat, maize, potato and sugarcane", he added.

He said that scientist and biotechnologist in Pakistan has achieved the diversification in seed development and moved to a higher value added seeds, particularly in the crops sector.

The minister said that all the modern techniques should be replicated after tailor-made alterations keeping in view of local settings and environmental factors.

Like other countries, Pakistan also took bold step towards adoption of modern biotechnology and established over 45 biotechnology centers across the country, he added.

Sikandar Bosan assured full support of government for providing enabling environment to research institutions to interact together to support the back bone of the economy leading towards sustainable development.

Speaking on the occasion, Chairman PARC Dr Yousuf Zafar said that about 50 biotechnology centers were working in the country and genetically modified (GM) technology was making progress in the country.

Only 3 muslim countries were officially allowed to cultivate GM cotton seeds, adding that GM was a tinny subject of biotechnology and there was need to excel in tissue culture to develop the other crops.

He said that knowledge was the key for socio-economic development, adding that government was paying special attention to promote the biotechnology in the country.