Kashmiris and Sikhs from across US staged big demonstration in front of UN building
25 Sep, 2022 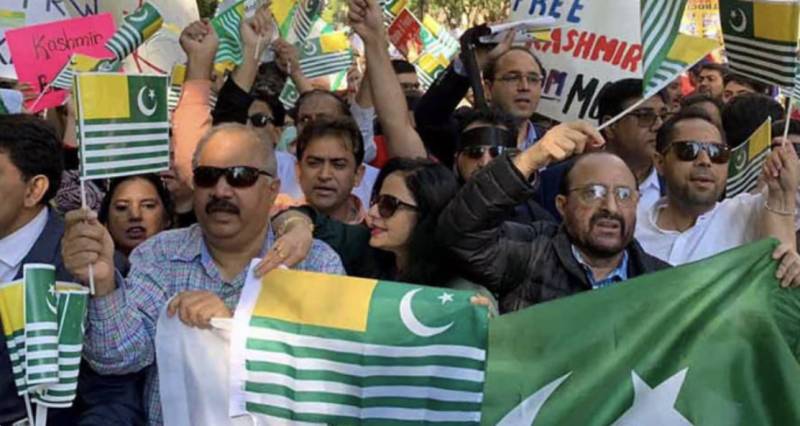 *NEW YORK: Kashmiris from across the United States staged a big demonstration in front of the UN building to renew their call on the world body to implement its pledge for their exercise of the right of self-determination, as India’s External Affairs Minister S. Jaishankar addressed the General Assembly.*

A large number of Sikhs joined the rally with Dr Amarjit Singh, the head of Washington-based Khalistan Affairs Center, expressing solidarity with the Kashmiris struggle for freedom from India.

Speakers at the rally condemned Indian government’s attempts at changing the demographic status of Jammu and Kashmir by introducing politically motivated laws.

They also condemned the life imprisonment handed down by an Indian special court in New Delhi to Muhammad Yasin Malik, one of the most prominent leaders of Kashmir freedom movement.