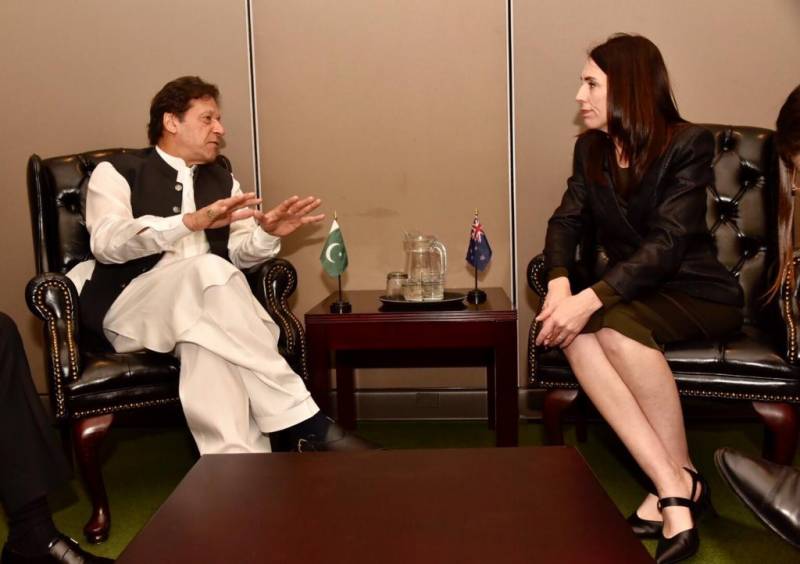 ISLAMABAD - Prime Minister Imran Khan has appreciated the swift measures taken by New Zealand in the aftermath of the terrorist attacks in Christchurch in March 2019.

He was talking to his Kiwi counterpart Jacinda Ardern on the sidelines of 74th Session of the UN General Assembly in New York.

The Prime Minister apprised Jacinda Ardern of the developments since India's unilateral and illegal action to alter the internationally recognized status of occupied Jammu and Kashmir and change its demographic structure.

He highlighted the dire human rights and humanitarian crisis, which has continued unabated.

Imran Khan underscored the urgent need to lift the curfew and other restrictions in place for over 50 days, ensure respect for the rights and freedoms of Kashmiri people, avert risks to peace and security in the region, and facilitate a solution of the Jammu and Kashmir dispute in accordance with the wishes of the Kashmiri people and the UN Security Council resolutions.

The Prime Minister expressed satisfaction that a vibrant Pakistani diaspora is contributing positively to the social and economic fabric of New Zealand society.