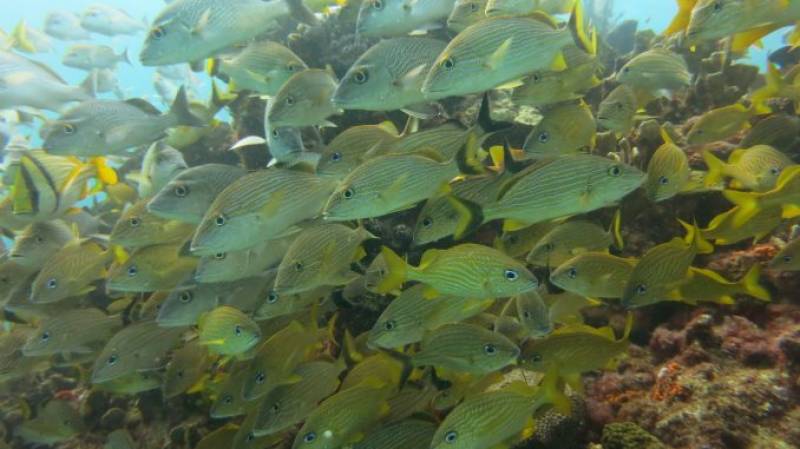 The event brought together people from all walks of life to become part of the exchanges taking place worldwide in exploring opportunities through the transition to low carbon economies while ensuring equitable access to sustainable development, said a press release.

The event started with the participants cycling from the Pakistan National Council of the Arts (PNCA) on a designated route as a symbolic gesture to raise awareness to curtail the growth of greenhouse emissions by promoting eco-friendly modes of transportation.

The cycle ride was followed by the screening of a thematic documentary, There Will Be Water, which is a story of a man who experiments with turning ocean water into drinking water and establishing green houses in the desert.

He believes that he can make a difference by daring to pursue a dream.

Students from various cities across Pakistan participated in the competition.

The winner of the documentary contest Mr.Imtiaz Abbasi belongs to Jamshoro, Sindh.

His documentary highlighted the devastating poverty due to a drought-like situation in Dadu, Sindh because of Climate Change.

While receiving his prize in Islamabad, he thanked the EU and WWF for providing him a unique opportunity to showcase his talent.

Ambassador of the European Union, Jean-Fran‡ois Cautain said "The EU remains committed to the Paris Agreement and its full implementation while progressing steadily with the finalization of the measures to reduce emissions by at least 40% by 2030. By strengthening and widening its partnerships, the EU has progressively become the flag holder of the fight against climate change.

The objective of this sustained engagement is for the EU to raise global climate ambition together with its partners, in particular those the most exposed to the negative side effects of climate change.

Climate change requires collective action and the EU remains committed to continue working hand in hand with Pakistan, listed amongst the most vulnerable countries despite the low level of its global carbon emissions."

While, Hammad Naqi Khan, Director General WWF-Pakistan, stressed the importance of promoting a common worldwide understanding of the need for action to mitigate climate change, "No matter how people perceive climate change, the phenomenon is real we are experiencing an array of environmental shifts, such as infrequent weather events, untimely glacial melt, glacial lake outbursts floods (GLOFs) and changes in animal and bird migration patterns, highlighting irrefutable linkages to climate change taking place in full effect."

Syed Abu Ahmad Akif, Secretary Ministry of Climate Change was the Chief Guest of the event.

Each year, the European Union around the world celebrates Climate Diplomacy Day with events taking place to highlight climate action in the EU and beyond.

These events build on the momentum of the Paris Agreement the first-ever universal, legally binding global climate deal agreed in Paris in December 2015.