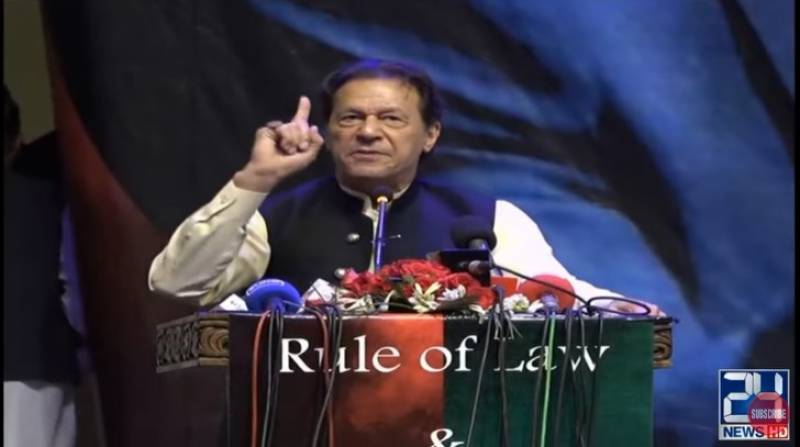 Former prime minister Imran Khan has announced that he will kickstart a long march to the federal capital Islamabad on Friday.

The long march will start from Liberty Chowk of Lahore at 11:00 am and head towards Islamabad from GT Road, he said while addressing a press conference in the Punjab capital. He added there is no timeframe for the conclusion of the long march.

He continued: “I am claiming now that it will be the largest-ever march of history,” he said, adding that this would have nothing to do with politics as the PTI has been fighting for the future of the country.

“It is beyond politics as we are fighting for real independence. We have to decide now whether we have to get rid of these thieves or be their slaves. I want to appeal to the nation to choose a path in this decisive time. We will enter Red Zone in Islamabad and we will follow the law.

“This would be a peaceful march, the PTI marchers will not take the law into their hands. No hurdles were created when the two marches were taken out during the PTI rule in the Centre.”

The former prime minister came down hard on the coalition government, saying: “The thieves were imposed on us and their handlers are mistreating the nationals. They think that the nation will stay silent.