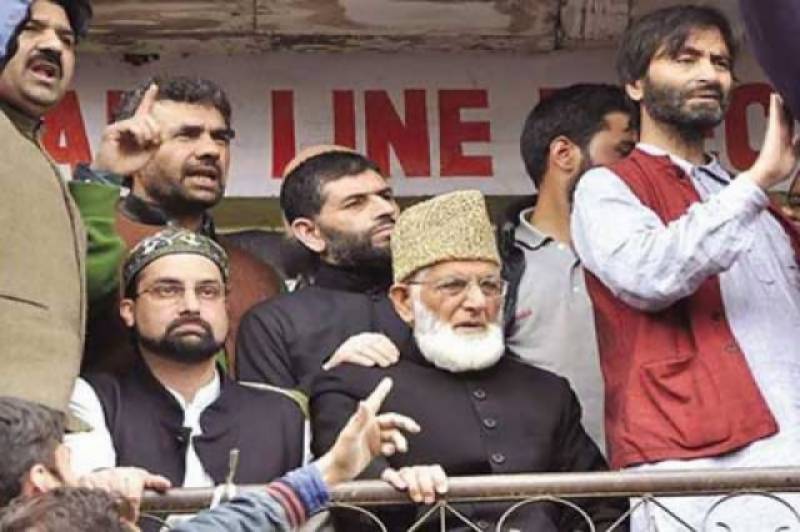 According to Kashmir Media Service, Syed Ali Gilani in a statement issued in Srinagar termed the move a desperate attempt on the part of India to cow down pro-freedom leadership.

The APHC Chairman said, Syed Salahuddin is a forerunner and a prominent figure in freedom movement and has dedicated his whole life for the sacred cause. “It is a vain attempt to break and weaken Syed Salahuddin’s commitment to the movement,” he said, reiterating that such cowardly and suppressive measures could not dampen the passion and commitment of the pro-freedom leadership.

Meanwhile, the APHC spokesman in a statement in Srinagar strongly condemned the vandalism by Indian forces in Wagud area of Tral. He said that the forces’ personnel barged into the houses and subjected the inmates including elderly women and children to brutal torture.

The Chairman of Jammu and Kashmir Tehreek-e-Mazahmat, Bilal Siddiqui in a statement also denounced the destruction of properties and torture to people by the Indian forces in Wagud area of Tral.