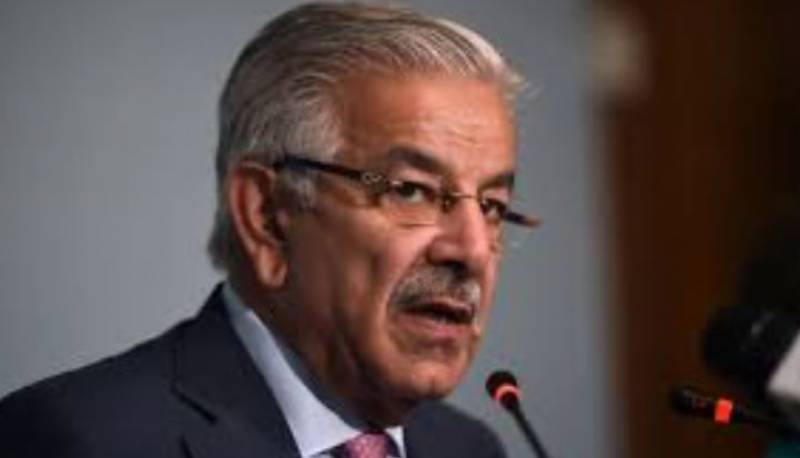 ISLAMABAD - Minister for Foreign Affairs Khawaja Muhammad Asif informed the Senate today that all the national institutions are on one page to safeguard national interests and there will be no compromise on sovereignty and dignity of the country.

He was briefing the Upper House about yesterday's visit of the US Secretary of State Rex Tillerson to Islamabad and meeting with Pakistani leadership.

Khawaja Asif said the meeting was held in cordial atmosphere and there was no acquisition from either side rather both the sides discussed different ways for cooperation for the elimination of terrorism from the region.

The Minister said that during the meeting, we clarified to the visiting dignitaries that Pakistan will not indulge in any kind of proxy war but will continue to play its role for peace and security in the region.

He said we want to expand relations with United States on the basis of equality and self-respect. He said we have conveyed to the US Secretary of State that we do not need any kind of financial and material support but our cooperation can be enhanced while sharing actionable intelligence.

He said we conveyed to them that due to actionable intelligence sharing their hostages were recovered from Taliban during this month.

The Minister for Foreign Affairs said that Pakistan has unmatched experience in the war against terror and we have made our country safe and secure after great sacrifices of our security forces and people of the country.

He said this was trust of the US government on Pakistan's security situation that the US Secretary was given a normal security that is required while in Afghanistan he did not come out of the Airbase and held meetings with Afghan President there.

Khawaja Muhammad Asif said that we also conveyed to the Secretary that countries of the region including China, Turkey and Iran also have stakes in the regional peace and therefore, they should also be taken on board.

He said that the US Secretary also extended cooperation for reducing tension on the eastern border so that Pakistan could fully focus on the western border.

Khawaja Muhammad Asif said Pakistan has also exchanged a list of terrorists with the US and Afghanistan. He said and they have given us a list of about seventy-five terrorists while we provided them a list of around hundred terrorists.