No terrorist safe heavens and No Do More, Pak tells US loud and clear
25 Oct, 2017 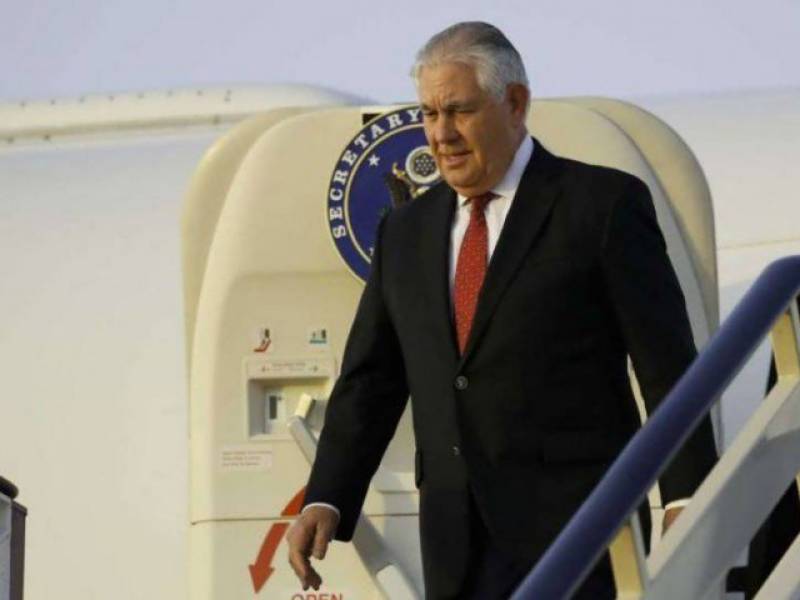 ISLAMABAD - Foreign Minister Khawaja Asif on Tuesday said that Pakistan, in the meeting with US Secretary of State Rex Tillerson, made it clear that no terrorist safe havens exist on Pakistani soil.

Speaking to Geo News, the minister said that, in the meeting with Tillerson earlier in the day, the civil and military leadership presented a detailed narrative about its stance on the country’s war against terrorism.

The minister added that Tillerson emphasised on the need for Pakistan to deal with the Haqqani network and terrorists’ safe havens on its soil.

“Terrorist attacks are not planned on or executed from Pakistani soil; there are no terrorist safe havens in Pakistan, and we made this clear to the US delegation today,” Asif said, insisting that the Pakistani leadership firmly holds on to the stance that it is not protecting or supporting the Haqqani network.

“We emphasised again and again that their [US] assessment [about Pakistan] is wrong,” he said. “We are not responsible for the increase in the drug trade in Afghanistan or the increasing [Afghan] territory occupied by terrorists.”

“Our armed forces and law enforcement agencies have taken action; we have yielded results and will continue to do so but not for Afghan or American interest,” he said, adding, “Our fight against terrorism is our own and the results we yield are our win.”

Responding to a question about US allegations of housing terrorists on Pakistan, Asif said that the country’s leadership thinks that sending Afghan refugees back is a plausible solution to the security situation in the region.

“We asked them [US] to send the refugees back and then hold us accountable if any security lapses occur,” the foreign minister said, adding that Pakistan is already actively engaged in border management and fencing.

Asif also revealed that the purpose of a joint meeting of the civil and military leadership with the US secretary of state and his delegation was to convey a united narrative of the country.