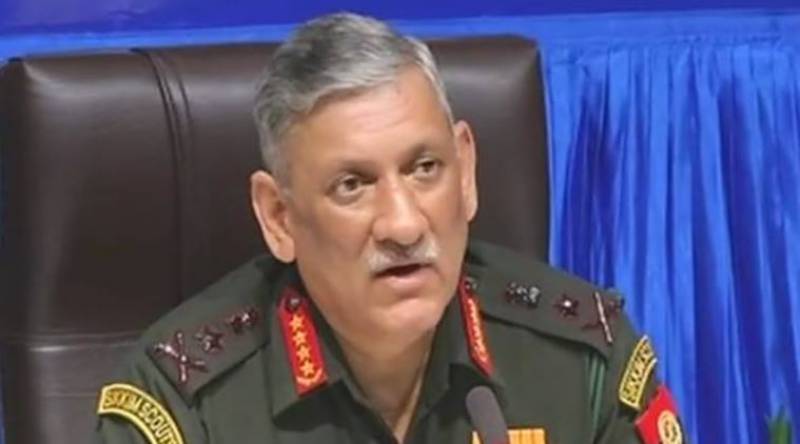 NEW DELHI - Indian Chief of Army Staff Gen Bipin Rawat on Wednesday said that the appointment of a new interlocutor to hold talks with groups and individuals in India-held Kashmir will not affect the army’s operations, the Times of India (TOI) reported.

Earlier this week, the Modi government had appointed ex-intelligence chief Dineshwar Sharma as the new interlocutor for Jammu and Kashmir with “complete freedom” to talk to groups and individuals including the Hurriyat — the group New Delhi sees as an agent of Pakistan.

The move, which rows back on India’s three-year-old pledge to never talk to the Hurriyat, has been seen as a clear indication that the right-wing Hindu revivalist government is willing to reboot its Kashmir policy.

“[The] government has appointed him, let him work. It will not affect [the] army’s operations,” TOI quoted the army chief as saying on Wednesday. The army chief was addressing the Federation of Indian Chambers of Commerce and Industry’s (FICCI) seminar on ‘Solutions to Problem Statements’, according to the daily.

“The government strategy on Kashmir has worked, we are negotiating from a point of strength. The situation has improved and infiltration has come down,” Gen Rawat said, according to the Indian daily.

During the seminar, Gen Rawat also said that the army is looking into Electronic Warfare (EW) to “keep an eye on adversaries on the western and northern borders.”

“We are looking at EW systems to keep an eye on not just the borders but also on the hinterland,” the army chief was quoted as saying.