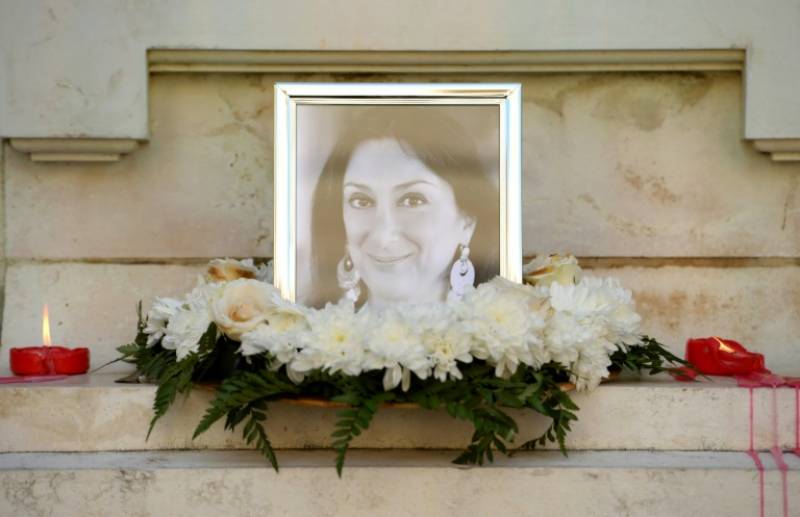 The call comes after the family of Caruana Galizia accused Prime Minister Joseph Muscat of being complicit in the killing, with fears rife that the assassination will not be fairly handled by national investigators.

"I expect the Maltese authorities to spare no effort in getting to the bottom of what happened," Tajani told the European Parliament in the eastern French city of Strasbourg.

"Every lead must be followed up. In my view, Europol must also be involved, as part of an international investigation in which all police forces can work together to bring those responsible to justice," the senior MEP from Italy added.

The call for an investigation was also urged by European Commission vice-president Frans Timmermans speaking at the parliament.

"The violent and brutal murder of Daphne, the fact that it happened in a member EU state is deeply shocking," he added, paying homage to her role as an anti-corruption blogger.

Caruana Galizia, 53, had made repeated and detailed corruption allegations for years against Muscat's inner circle, and had recently turned her investigative scrutiny on the opposition as well.

After her death her family accused Muscat of filling his office with crooks and creating a culture of impunity that turned Malta into a "mafia island".

Much of Caruana Galizia's recent investigations revolved around the Panama Papers leak that cast a light on Malta's role as a hub for alleged money-laundering and tax evasion.

"Daphne's murder must not go unpunished. How can we credibly claim to defend journalists around the world if we cannot even offer them protection and justice here at home," Tajani said.

As a tribute, Tajani said the European Parliament press room in Strasbourg will be named after Caruana Galizia.