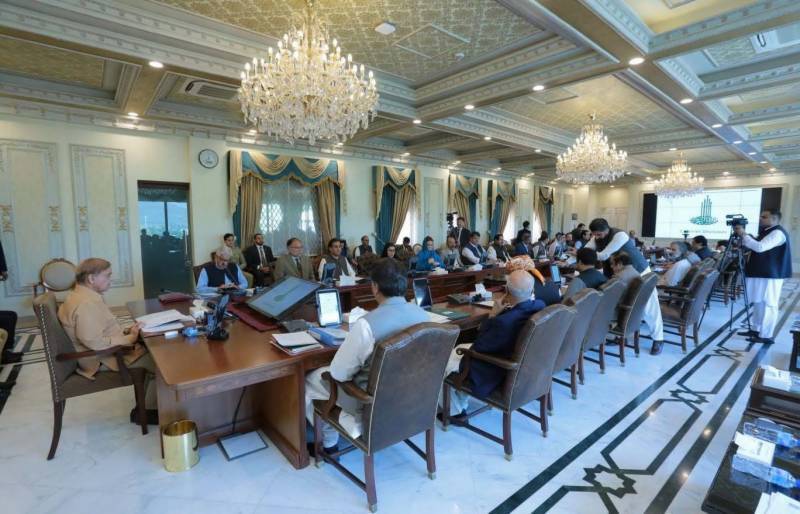 ISLAMABAD – In an important development after ouster of Imran Khan's government last month, the Federal Cabinet on Tuesday approved the Election Amendment Bill 2022 during a meeting chaired by Prime Minister Shehbaz Sharif.

The development comes at a time when ousted prime minister Imran Khan is all set to begin his march towards Islamabad as part of his party's efforts to rid the country of what he calls "imported government".

According to a statement issued by the Prime Minister's Office, during the meeting, the cabinet also approved presenting the bill to the National Assembly.

It also approved the prime minister's advice to President Arif Alvi to appoint a new governor of Punjab.

The statement reads, "The Election Commission of Pakistan (ECP) will launch a pilot project for the overseas Pakistanis to cast their votes in by-elections."

The project will be presented in the Parliament, it added.

The project will be launched for electronic voting and biometric verification.

The report will decide whether the voting procedure was workable for overseas Pakistanis and if the verification method was applicable. The results will then be presented to the parliament.