Why Muniba Mazari has been sued by her former husband, A PAF officer?
25 May, 2018 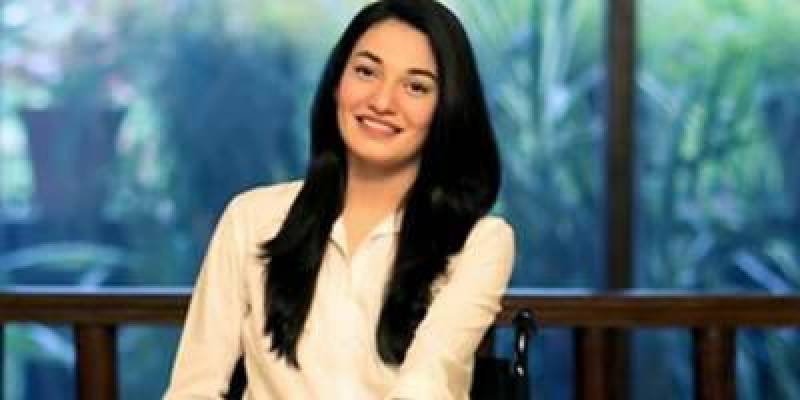 Khurram Shahzad, who was Mazari’s spouse from 2005 to 2015, has accused Muniba of passing defamatory comments about him on social media and television alike. Earlier he had also alleged that she has been visiting various embassies and the diplomats and involved in activities which were unbecoming of an military officer wife due security point of view. That was quoted as the top reason for the divorce of the duo.

He has now knocked the door of an Islamabad court which has served notice on Pakistan’s ‘iron lady’ on Tuesday, seeking her response.

This is the second defamation notice filed by Shahzad as he had filed a similar suit against his former spouse in November 2017; he had to withdraw it in January this year due to technical reasons as Shehzad failed to serve her with a legal notice in advance, contrary to legal injunctions.

In a fresh notice, he has sought that Muniba be permanently barred from making such statements, delete all earlier social media posts; render an unqualified apology, as well as pay general damages.

Muniba’s former husband has also requested the court to compel Pemra to restrain her from making such statements on television, and from the PTA to remove or block the controversial statements online.

Muniba and Shehzad were happily married till 2015 when the former filed for divorce, for an issue that stemmed out of a road accident happened some 7 years back.

In February 2008, the couple was driving from Quetta to Rahim Yar Khan when they met a tragic road accident which left Muniba paralysed from the waist down.

Muniba had earlier claimed that Shahzad had slept on the steering wheel causing the accident, a claim disputed by her former spouse.

“‘[Shahzad] falling asleep while driving’ is purely based on falsehood in order to ridicule the plaintiff, as the truth is that the accident occurred due to a donkey cart,” the petition says.

Shahzad contends he did not fall asleep at the wheel, but rather a donkey cart had suddenly appeared from the right side, following which he lost control over the car.

To another claim of Muniba that Shehzad managed to jump out of the car, the petitioner contends that ‘The statement is completely untrue as the plaintiff was inside the car while the accident took place’.

The former PAF pilot has also produced several tweets by Mazari in which she purportedly called him ‘greedy’, saying the lady has portrayed him “as a cruel, selfish, hardened, cheater and heartless person” to seek attention and sympathy.

The ex-aviation official says that he requested Mazari to refrain from making statements against him through a mutual friend, however, the efforts remained fruitless.

In the first suit, Shehzad had demanded Rs10 million in damages, however, he has only sought legal fees as damages in a fresh notice.

The Islamabad sessions court has issued notices to Mazari and the two regulators to respond to the complaint on June 1.

Moreover, a temporary relief has also been provided to Shehzad as Mazari has been restrained from defaming the petitioner.