Terrorist killed during raid near Mastung in Balochistan
25 May, 2018 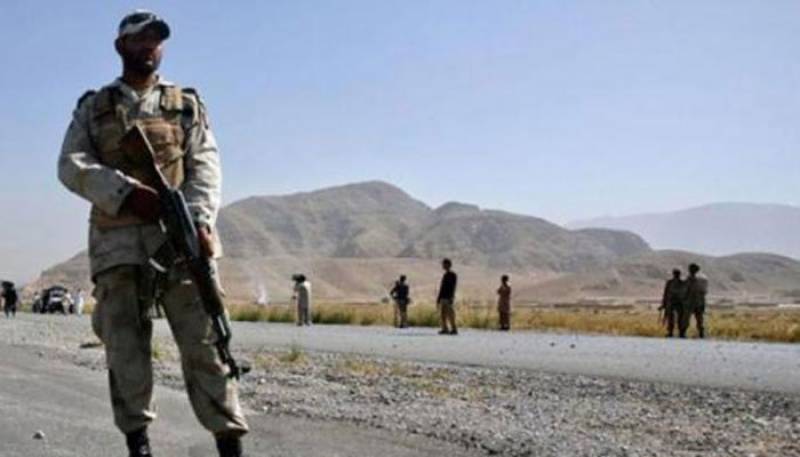 QUETTA: A terrorist was killed in an exchange of fire with security forces during a raid near Mastung.

According to a spokesperson of Frontier Corps, the raid was conducted on a tip-off in the mountains near Mastung.

Subsequently, an exchange of fire took place between the terrorists and FC personnel, during which one member of a banned outfit was killed, the spokesperson said.

Weapons and hand grenades were recovered from the killed terrorist.

On May 16, security forces killed a high-value target of banned terror outfit Lashkar-e-Jhangvi, along with two other terrorists, involved in the killings of more than 100 innocent people of Hazara community and police personnel.

The operation was conducted in Killi Almas on a tip-off, Inter-Services Public Relations stated.

Following the operation, terrorists attacked the FC help centre in Quetta on May 17.

However, the terrorism bid was thwarted as security forces killed all the terrorists who were trying to drive their explosives-laden car in the centre premises.