Outgoing PM gives a big surprise to the Federal Government employees
25 May, 2018 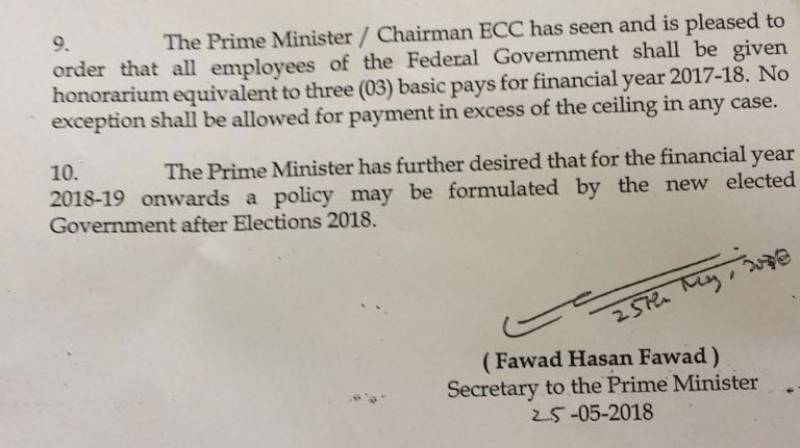 ISLAMABAD: Prime Minister of Pakistan has given a big surprise to the government employees.

He has announced an honorarium equivalent to three basic pays for all the employees of federal government.

The prime minister has announced grant special performance incentive for the officers/officials of the federal government as a chairman ECC.

A notification in this regard has been issued by the PM House here Friday.

The notification reads: “The Prime Minister/Chairman ECC has seen and is pleased to order that all the employees of the federal government shall be given honorarium equivalent to three basic pays for financial year 2017-18. No exception shall be allowed for payment in excess of the ceiling in any case.”

The Premier has also desired that for the financial year 2018-19 onwards, a policy may be formulated by the new government after elections 2018.