No law can stop trial against Musharraf, says Nawaz
25 May, 2018 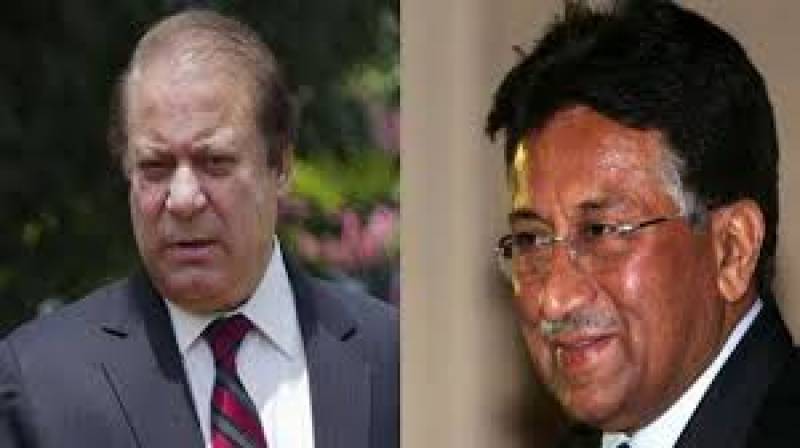 The dictator is absconding while a PM had to appear before court 70 times, Nawaz said.

“Musharraf used to show his fists, which was akin to power for him. If you remember when Musharraf appeared in the parliament he showed his fist. Where is that fist now? The coward who is sitting outside the country should hit himself with the same fist," he said.

Moreover, Nawaz also lashed out his political opponent Imran Khan and said that the Pakistan Tehreek-e-Insaf chair had used the term ‘lanat’ [curse] for the parliament. “Imran is taking full advantage of the parliament, even though he cursed it,” Nawaz claimed.

Imran himself will present his justification for using such harsh words against the parliament, he added.

During an informal talk with journalists on Thursday, Nawaz had remarked that it was the court not him who had allowed former president General (retd) Pervez Musharraf to leave the country.

There is a time for everything, a time to say things and time to do things, Nawaz, said. “The matter came in front of the court so I spoke about it. This was the truth and it should have come to the forefront.”

Former prime minister Nawaz Sharif, while recording his statement for the third consecutive day in Avenfield reference on Wednesday, remarked that challenges and pressure increased as soon as the treason case was initiated against former president General (retd) Pervez Musharraf.

The former premier said that once the proceedings started against Musharraf he had gauged that it would be hard to get the former military ruler convicted. "All the weapons are made for politicians," Nawaz remarked.

"When Musharraf left for the court in 2014 he directly went to the hospital as it was decided from before. Musharraf pretended to be sick and avoided the case hearings," Nawaz said, adding the judges failed to send Musharraf behind bars for even one hour.

"The sole purpose of the 2014 sit-ins was to pressurise me. PTV, parliament, PM House, President House none of them were safe from the plans of the elements causing unrest. Those who were making those plans thought I would be pressurised,” he added.