No breakthrough: Parliamentary body likely to decide on caretaker PM
25 May, 2018 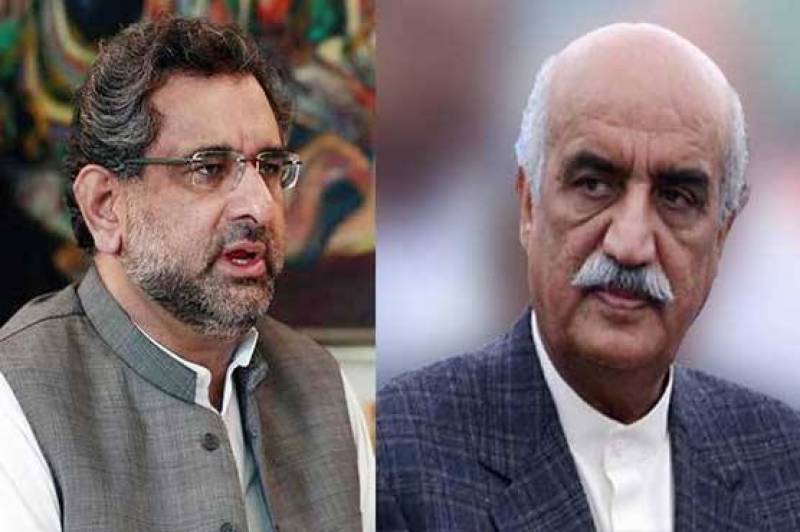 ISLAMABAD: The appointment of caretaker PM is likely to be referred to the parliamentary committee as a scheduled meeting between Prime Minister Shahid Khaqan Abbasi and opposition leader Khursheed Shah was cancelled on Thursday.

Despite several meetings, PM Abbasi and Khursheed Shah have not agreed upon a name for the caretaker prime minister. Therefore, as a constitutional requirement, the matter will be taken up by a parliamentary committee.

Both the sides discussed names of six nominees and announced to wrap up the consultation since there was no breakthrough.

Shah announced today that no further meeting will be held; however, PM Abbasi is still hopeful. “Both the government and opposition suggested three names but a consensus could not be developed,” said the PM.

He said they may meet again on Friday or Monday. “If we failed to reach a consensus, then the matter will be referred to the parliamentary committee.

The opposition and government will both forward two names each to the parliamentary body.

The government is completing its tenure on May 31 after which a caretaker set up would take over the affairs and organize elections within 60 days.