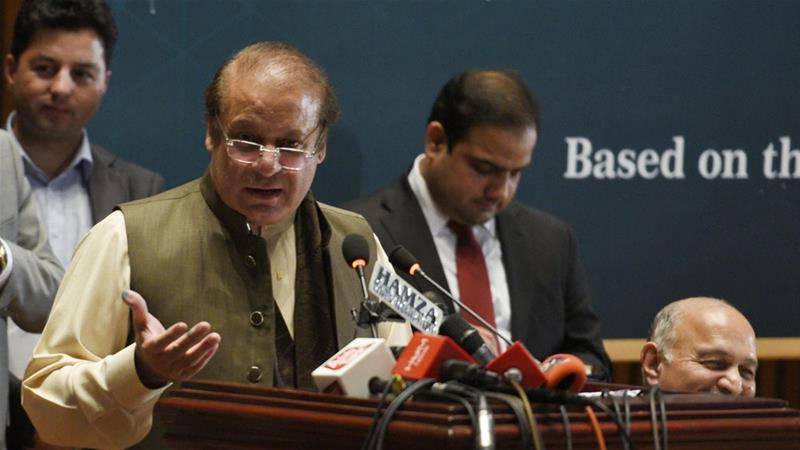 He expressed on Friday that an emergency meeting of National Security Committee (NSC) should be summoned over the book written by the ex-spy chiefs of India and Pakistan.

Talking to newsmen outside the accountability courts, the Pakistan Muslim League Nawaz supremo, who faced the wrath of media over his Mumbai attacks statement, asserted that the content of Durrani’s book should be discussed at NSC meeting, in the same way, his recent statement was taken up by the high-profile committee.

“We will form a commission over the matter if voted into power again” asserted the politician.

NSC had called a meeting over Nawaz’s statement on the 2008 Mumbai attacks on May 14 and unanimously rejected the allegations and condemned the fallacious assertions stemming out of a recent statement regarding Mumbai attacks, terming it ‘incorrect and misleading’.

Earlier, in an unprecedented development, former spy chiefs of Pakistan and India have co-authored a book having a plethora of sensational disclosures about the security discourse of South-Asia and other issues of prominence.

The book named ‘The Spy Chronicles: RAW, ISI and the Illusion of Peace’ is written by former Pakistani spymaster General Asad Durrani and former chief of Indian Research and Analysis Wing (RAW), A S Dulat.