Maryam Nawaz reveal why She read comma and full stop in Court statement?
25 May, 2018 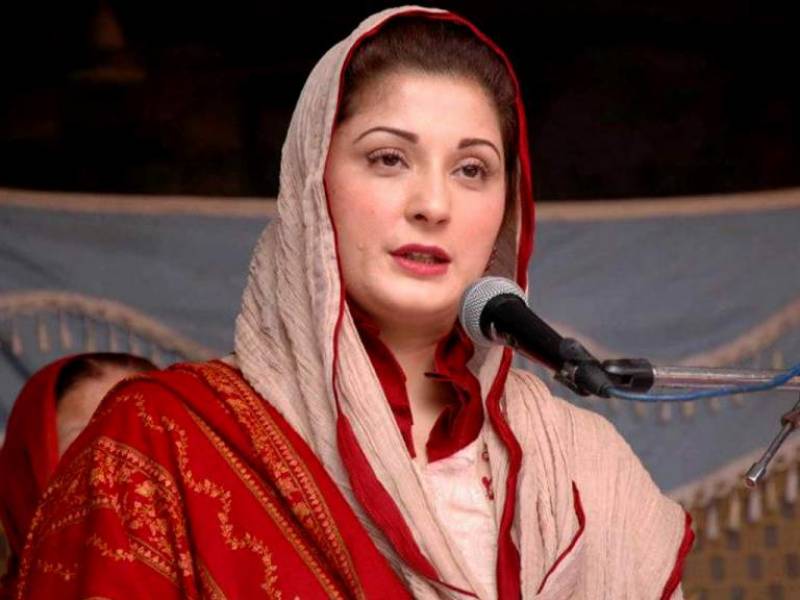 ISLAMABAD – Maryam Nawaz, the former first daughter, has defended her move to read the testimony before the accountability court with complete punctuation marks, a move which had surprised the judge Muhammad Bashir as well.

Maryam took to Twitter on Thursday, hours after she recorded her statement in the Avenfiled reference, and stated that misplacing punctuations can change meanings.

“As a practice, commas, full stops, inverted commas, new paragraphs, all have to be read with emphasis&recorded,” stated Maryam Nawaz.

When Maryam started reading her statement in toto with punctuation marks, the judge interrupted her and advised that commas should not be read.

However, Maryam replied that her counsel had instructed to read the statement without ignoring the punctuation marks.

Maryam Nawaz answered as many as 46 questions out of 128 on her first day of testimony, asked in the questionnaire handed over to the embattled Sharif family by the accountability court.

In his testimony, Maryam backed his father’s reservations on the members of the joint investigation team. She said that appointment of Irfan Mangi as director general of NAB was still pending with the court and he was engaged for the probe, ignoring the matter.

She went on to say that Amir Aziz from State Bank of Pakistan was a close aide of the former military dictator Pervez Musharraf.

Maryam also said officials of Inter-Services Intelligence and Military Intelligence should not have been made part of the investigation team. Aziz was sent on deputation in NAB during Musharraf’s era.

She said that Nauman Saeed was not part of the ISI when he was included in the JIT, adding that he was outsourced.

The former first daughter added that 70-year-long civil-military tussle also influenced the JIT, investigation into the business dealings of the Sharif family.

Former premier Nawaz Sharif had completed his testimony on Wednesday in which he had held the treason case against Musharraf as a core cause of references filed against him.