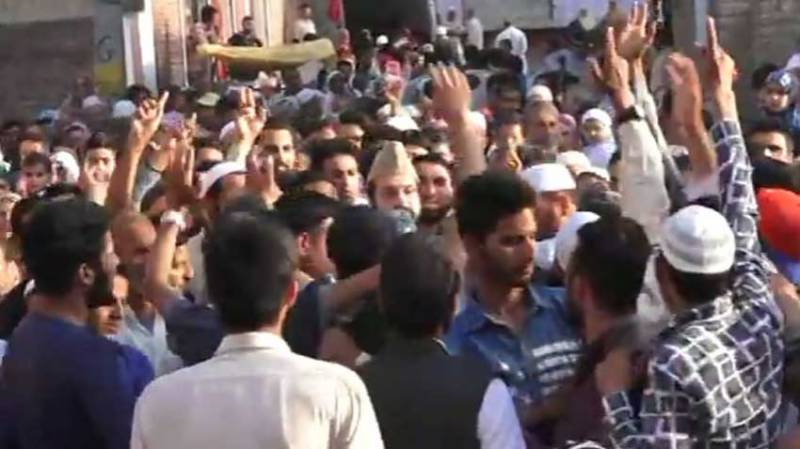 SRINAGAR: In occupied Kashmir, a forceful anti-India and pro-freedom rally was held in Srinagar, today (Thursday), which was led by Chairman of Hurriyat Forum, Mirwaiz Umar Farooq.

The rally was held in Wanganpora area of the city with full-throat slogans like “We Want Freedom” and “Jeeway Jeeway Pakistan”. It was organized to protest against the killing, nocturnal raids and arrest of youth by the Indian forces. A large number of women participated in the rally.

Chairman of Jammu and Kashmir Liberation Front, Muhammad Yasin Malik in a statement in Srinagar strongly condemned the prolonged detention of Hurriyat activist, Maulana Sarjan Barkati who is languishing in an Indian jail since 2016.

He urged the world human rights organizations including International Committee of Red Cross to impress upon India to release Barkati, at the earliest.

Jammu and Kashmir Democratic Freedom Party has expressed serious concern over escalating tension along the Line of Control and Working Boundary between Pakistan and India.

In a statement, the party General Secretary, Muhammad Abdullah Tari, urged the UN Military Observer Group in India and Pakistan to play its mandated role in ending the clashes between the two countries.