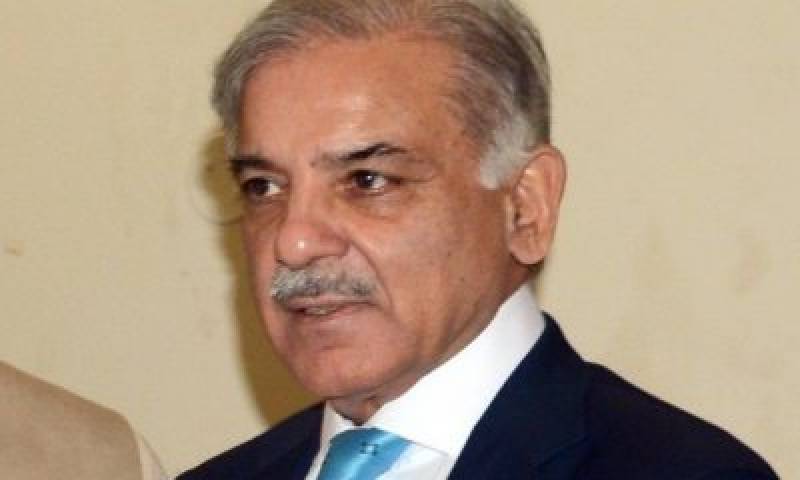 On the occasion, he inspected different sections.

According to a handout, the Chief Minister was given briefing about second phase of Haveli Bahadur Shah Power Plant. He was told that this second gas-based energy project in Haveli Bahadur Shah will produce 1242.7 megawatt electricity. Government of Pakistan is setting up two energy power projects while as many power plants are being installed by the Punjab government.

Three energy projects are totally functional in Haveli Bahadur Shah and 3600 megawatt electricity is being included in the national grid. The fourth 1242.7 megawatt single cycle energy project which is being set up by the Punjab government will started functioning in coming December.

Talking on the occasion, the Chief Minister said that 4800 megawatt energy projects have been speedily completed by maintaining transparency. He said that Rs. 160 billion have been saved in four gas-based power projects.

He maintained, "Promises made with the nation about elimination of energy crisis are being fulfilled and production of 1800 megawatt electricity from Haveli Bahadur Shah Power Plant is a proof of our commitment.

It was decided to install power plants with own resources to rid the people of energy crisis and the Haveli Bahadur Shah Power Plant are the best with regard to performance and production capacity. The use of latest gas turbine will help to reduce the operating cost and saving of money.

Talking to the media afterwards, Chief Minister Shehbaz Sharif said that PML-N government has worked day and night to overcome the energy crisis. He said 18,000 megawatt electricity was generated during the 66 years while 11,000 megawatt has been added into the system by the PML-N's five years tenure.

He said that PML-N government has set up projects at half the price as compared with gas-based projects installed in Zardari and Musharraf eras. He said during the previous tenures, the oach-one project of 375 megawatt capacity was erected at a cost of 902,000 dollars per megawatt by the private sector. He said that Guddu Power Plant of 720 megawatt capacity was set up with a cost of 840,000 dollars per megawatt.

Meanwhile, Shehbaz Sharif said, the Punjab government is also establishing 1260 megawatt gas-based plant in Haveli Bahadur Shah. This project is being set up with a cost of 418,000 dollars per megawatt, he said and added this fourth project has broken all the records as the fourth project is cheaper than the three earlier projects. The same can also be got verified from some financial expert, he said.

Usually prices are increased every year and keeping this thing in view, this project should have been expensive than the previous ones, he added. If these are established at 50 percent less price then the credit goes to PML-N federal and provincial governments, concerned companies and engineers. These cheapest projects have been completed with speed, he said.

He said that Neelam-Jhelum Project was completed in 19 years and five billion dollars were spent on it. Those who have wasted billions of dollars and looted the public money should have been sentenced, he added.

He said that NAB and other agencies should dig out corruption where it's done and the corrupt should be given punishments as well but praise of good work should also be done. "Where federal and Punjab governments have honestly saved billions of rupees, the teams of both the governments should also be appreciated and I am quite hopeful that Supreme Court shall definitely appreciate it."

He said that due to lack of water in rivers and dams, 1500 megawatt electricity has been less produced this year. He said that work is speedily being done on 1260 megawatt gas power plant. "Two turbines and generator have been acquired and I pay tributes to the engineers and workers working on this project speedily.

That is why I say that we can leave India economically behind. We are giving a befitting reply to India in the defense arena and if we move forward by following the traditions of hard work, honesty and commitment then India can also be left behind in the economic field." Pakistani leadership will also be seen in G-8 and G-20 meetings where Modi is found in waist coat, he added.

On the other side, the Chief Minister said, Zardari government in Sindh has installed electricity project in Nooriabad which is producing only 15 megawatt electricity.

He said that PML-N government established 5,000 megawatt electricity generation projects with its own resources while thousands of megawatts electricity projects are also set up under the CPEC. The people should decide themselves by reviewing the performance of PML-N, PTI and PPP governments, he added.

"To err is to human and we are also human beings but we have tried our level best to serve the masses and we have been successful in it," he said and added that today, electricity is ample and 800 megawatt additional electricity will be produced by second project of Haveli Bahadur Shah in December to fulfill the energy needs of the future.

To a question, he said, "We have to work day and night to make the country great." He said that country's largest gas-based Haveli Bahadur Shah Power Plant will start generating 800 megawatt electricity from December this year. He said, " Rs. 160 billion have been saved in four gas-based projects and I challenge NAB to get this saving analyzed from some financial expert."