British PM Theresa May impressed by Pakistan cricket team performance at Lords
25 May, 2018 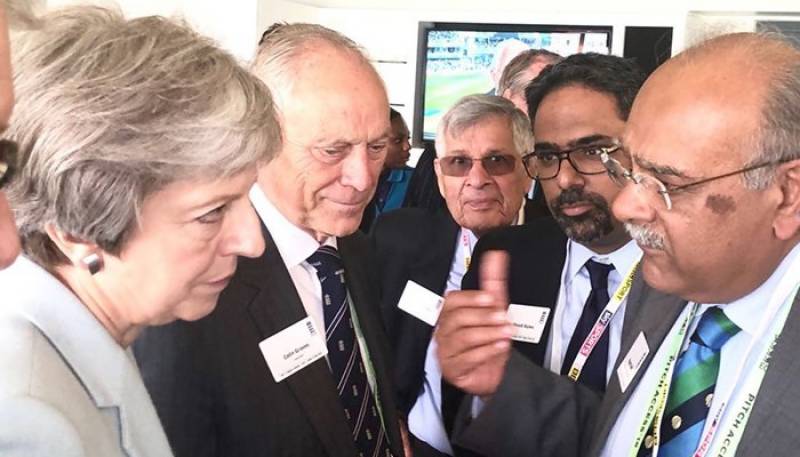 LONDON: British Prime Minister Theresa May on Friday praised the performance of Pakistan cricket team at the Lord’s cricket ground.

The prime minister, an avid follower of cricket since her days at the Oxford University where she was introduced to her husband by the former Pakistan prime minister Benazir Bhutto, spoke to Sethi about the performance of the two teams and exchanged views on the current series that has drawn sold-out crowds.

She told the PCB chairman that the Pakistani team had played a good game and showed lots of promise. May said Lord’s was the home of cricket and spectators always loved watching the game there and observed that matches between Pakistan and England are interesting.