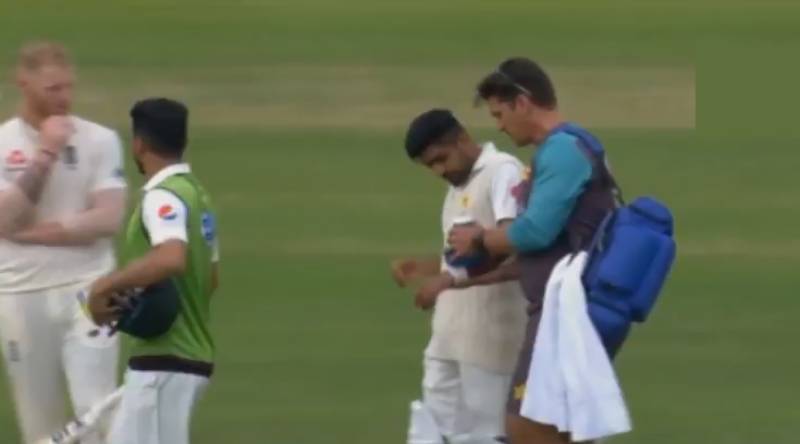 LONDON - Babar Azam scored a half-century and helped Pakistan improve the lead, but a nasty one from Ben Stokes injured his left forearm.

After successfully dismissing two Pakistan batsman of the short balls, Stokes stuck to his game plan and bowled another to Babar. The ball stayed low and struck him on the left wrist.

The match witnessed a brief pause as the physio was called on the pitch who brought with him magic spray and ice-pack. However, things didn’t work out as it seemed as though he was struggling to grip the bat after the blow.

Babar was taken off the field and declared retired hurt on 68.

According to reports, he stays not out. Babar will be taken for an X-ray at the Wellington. Pakistani fans will be hoping that he recovers soon and comes on to bat so that the green shirts can strengthen their lead.

Meanwhile, Stokes has brought England back in the game with his attacking bowling. He has picked up two wickets including those of Sarfraz Ahmed and in-form Asad Shafiq.