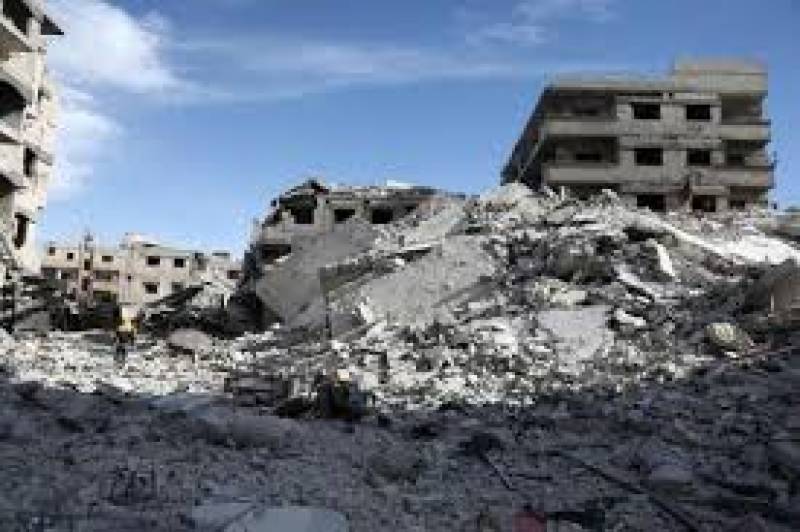 Beirut: A dozen pro-regime fighters were killed in an air strike on Syrian army positions a monitor said Thursday was carried out by the US-led coalition, but the Pentagon denied the report.

Syrian state media reported the overnight air raid in an area where both sides have been battling holdout jihadists, but said it only caused material damage.

The Britain-based Syrian Observatory for Human Rights, which relies on a broad network of sources across Syria, said the strike had hit army positions south of Albu Kamal, a town on the border with Iraq.

He said the 12 pro-regime fighters killed were not Syrians, but he could not provide more details on their identity.

A military source quoted by state news agency SANA said "some of our military positions between Albu Kamal and Hmeimeh were hit this morning in an aggression by American coalition warplanes".

The Pentagon denied the strike was carried out by the coalition fighting the Islamic State group.

"These reports are false, the coalition did not strike any Syrian army positions in eastern Syria," Pentagon spokesman Lieutenant Colonel Kone Faulkner said in a statement.

"The coalition's mission is to defeat ISIS (IS) in designated parts of Iraq and Syria, and to set conditions for follow-on stability operations. This mission has not changed."

Albu Kamal and Hmeimeh lie in Syria's eastern Deir Ezzor province, where Russian-backed Syrian troops and the US-led coalition have been waging separate offensives against IS.

A "de-confliction" line in place along the Euphrates River since last year is meant to keep the two assaults from crashing into each other.

Loyalist troops are present west of the river while the US-backed Syrian Democratic Forces (SDF) are on the east.

A military source from forces allied to Syria's government said the strikes had targeted two regime military positions near a frontline with IS. APP/AFP