Inside details revealed of the long meetings of Chinese and Indian foreign ministers
25 Mar, 2022 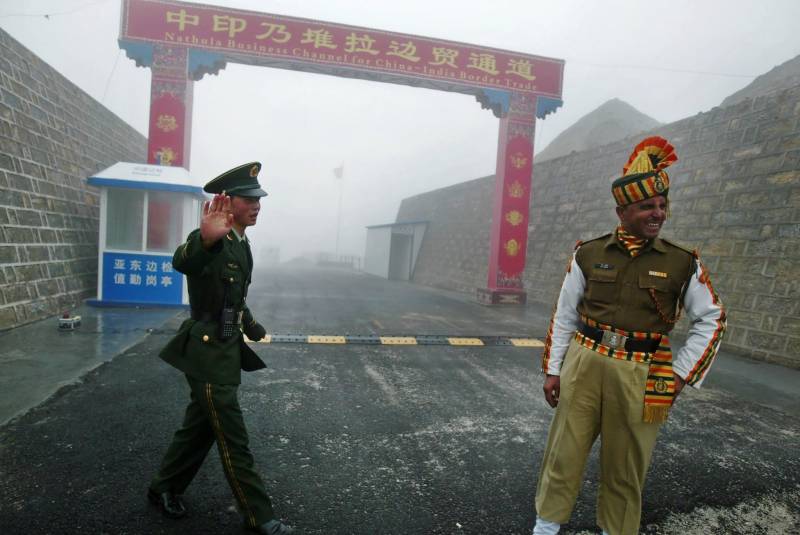 While their armies face off in the frigid Himalayan heights, there are sudden and furtive signs of a possible thaw in relations between India and China, the two giant Asian neighbors armed with nuclear weapons.

In a visit shrouded in secrecy, Chinese Foreign Minister Wang Yi flew to India and met his Indian counterpart Subrahmanyam Jaishankar for three-hour-long talks on Friday.

It was the highest-level visit between the two countries since clashes on their Himalayan border in 2020 led to the deaths of 20 Indian and at least four Chinese soldiers. Tens of thousands of soldiers, manning tanks and fighter jets, remain amassed at either side of the border. Several rounds of de-escalation talks between military commanders have not yielded breakthroughs in some key areas of the conflict.

During the strikingly long talks between the ministers, India put the ball firmly in China’s court. In remarks to the media after the talks, Jaishankar said the border had to be completely demilitarized for normal relations with Beijing to resume.

“Bilateral relations have been disturbed as a result of Chinese actions in April 2020,” he said, referring to the start of the border tensions. “I was honest in conveying our sentiment on this issue during talks with Wang Yi,” he said, adding that normal ties would be restored only after the borders were tranquil.

Wang, who has so far not addressed the media or issued a statement after the talks, also met India’s National Security Advisor Ajit Doval. He invited Doval to Beijing, in a sign that Beijing may be more willing to consider the complete demilitarization of the Ladakh border. India says Beijing has been stalling the demilitarization talks while building military infrastructure in territory under its control.

The state-run Chinese media, which reflects the views of the Chinese Communist Party, has of late been trying to seek common ground with India after the Russian invasion of Ukraine. Both countries are facing increasing international scrutiny for their stands on the month-old war in Ukraine.

On Thursday, EU leaders told China to use its leverage over Russia to bring the war to an end. The West has been more understanding of the position taken by New Delhi which is dependent on Russia for its arms supplies.

Both governments had remained mum on the agenda and expectations from the visit. Neither government made any formal announcements ahead of time and Wang landed quietly in New Delhi’s commercial airport on a flight from Afghanistan on Thursday night. The news of his arrival came from the Indian and Chinese media.

China, which declared a “no-limits” partnership with Russia just before the start of the war in Ukraine, appears to be keen to find common ground with India, which has also abstained from UN resolutions condemning Russia’s invasion of its neighbor.

As the host of the annual BRICS summit later this year, China is also believed to be seeking India’s presence at the forum which would put India, China and Russia at the same table.

Former Indian foreign secretary Shashank attributed the secrecy surrounding the visit to Wang’s difficulty in securing meetings with Prime Minister Narendra Modi and other top Indian officials before the visit.

“India was perhaps not willing to offer a meeting with the prime minister because it needs a strong enough proposal to be offered for the meeting to be scheduled,” he told CNBC.

Chinese media linked the visit to the similarity in Indian and Chinese positions on the Ukraine war. “China and India share similar stances on the Ukraine crisis and an exchange of views between the two countries will serve as a stabilizer to the region despite some external country’s efforts to stir up trouble,” the Chinese newspaper Global Times quoted an expert as saying in an article reporting the visit.

“The US has been pressuring India to drop the latter’s defense and oil ties with Russia,” the paper said, adding that Wang’s visit was “shuttle diplomacy,” showing China’s “important role” in mediating between regional parties on issues of common interests. Wang ruffled feathers in India when he supported a call for Kashmir’s “right to self determination” at a conference of the Organization of Islamic Countries in Pakistan on Tuesday. Both India and Pakistan govern parts of the disputed territory while claiming all of it. Wang’s comments were condemned by New Delhi and also contributed to the tentativeness surrounding the visit.

Still, Beijing has been signaling an outreach to New Delhi for the past few weeks. At a media briefing on the sidelines of the fifth session of the 13th National People’s Congress in Beijing, Wang said worsening China-India ties did not serve the “fundamental interests” of the two countries. He also reiterated the traditional Chinese position that mutual differences on their contested border be delinked from other bilateral issues.

India and China last held a military dialogue on March 11, their 15th round, to further de-escalate tensions on the border.